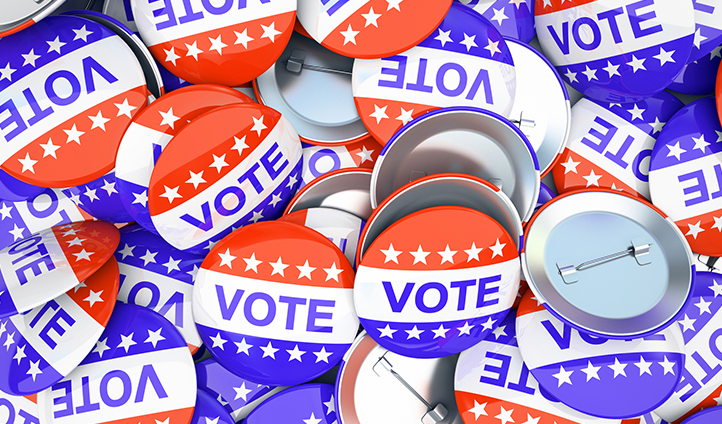 In Burson v Freeman, 504 U.S. 191 (1992), the U.S. Supreme Court held that a provision of the Tennessee Code, which prohibits the solicitation of votes and the display or distribution of campaign materials within 100 feet of the entrance to a polling place, did not violate the First Amendment.

Mary Freeman, while serving as the treasurer for a political campaign in Tennessee, filed an action in the Chancery Court, alleging that §2-7-111(b) of the Tennessee Code limited her ability to communicate with voters in violation of the First and Fourteenth Amendments. The Tennessee law stated in pertinent part:

Within the appropriate boundary as established in subsection (a) [100 feet from the entrances], and the building in which the polling place is located, the display of campaign posters, signs or other campaign materials, distribution of campaign materials, and solicitation of votes for or against any person or political party or position.

The court dismissed Freeman’s suit, but the State Supreme Court reversed. It held that the State had a compelling interest in banning such activities within the polling place itself but not on the premises around the polling place. Thus, it concluded, the 100-foot limit was not narrowly tailored to protect and was not the least restrictive means to serve, the State’s interests.

By a vote of 5-3, the Supreme Court reversed. It held that that §2-7-111(b) does not violate the First Amendment.Justice Harry Blackmun wrote on behalf of the majority.

As explained by the Court, as a facially content-based restriction on political speech in a public forum, § 2-7-111(b) must be subjected to exacting scrutiny. Thus, the State must show that the “regulation is necessary to serve a compelling state interest and that it is narrowly drawn to achieve that end.”

“We simply do not view the question of whether the 100-foot boundary line could be somewhat tighter as a question of constitutional dimension…The state of Tennessee has decided that these last 15 seconds before its citizens enter the polling place should be their own, as free from interference as possible,” Justice Blackmun wrote. “We do not find that this is an unconstitutional choice.”

Justice John Paul Stevens authored a dissent, which was joined by Justices Sandra Day O’Connor and David H. Souter. The dissenters argued that the state had not demonstrated a compelling reason to restrict free speech in the 100-ft radius.