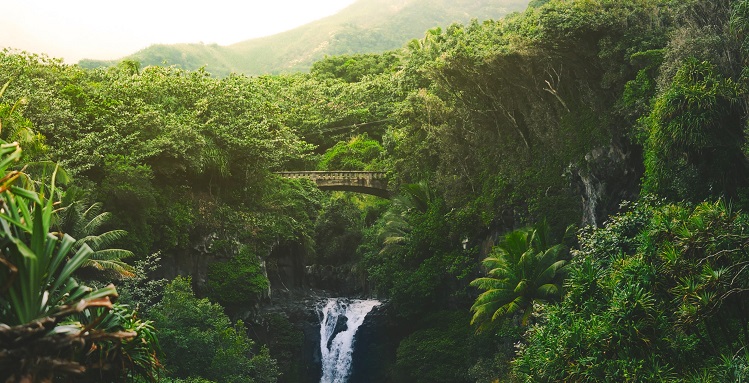 Lujan v.Defenders of Wildlife, 504 U.S. 555 (1992), is one of the Supreme Court’s most important decisions on the issue of standing, which determines whether a party can bring a lawsuit. In a landmark decision, the Court narrowed the concept of standing, holding that the plaintiffs failed to demonstrate that they had suffered a concrete “injury in fact” that was imminent and not merely hypothetical.

The Endangered Species Act of 1973 seeks to protect animals against threats to their continuing existence caused by man.It instructs the Secretary of the Interior to promulgate by regulation a list of those species which are either endangered or threatened and to define the critical habitat of these species.

Section 7(a)(2) of the ESA divides responsibilities regarding the protection of endangered species between the Secretary of the Interior and the Secretary of Commerce, and requires each federal agency to consult with the relevant Secretary to ensure that any action funded by the agency is not likely to jeopardize the continued existence or habitat of any endangered or threatened species. Both Secretaries initially promulgated a joint regulation extending §7(a)(2)’s coverage to actions taken in foreign nations. However, a subsequent joint rule limited the section’s geographic scope to the United States and the high seas.

Respondents, wildlife conservation and other environmental organizations, filed an action in the District Court, seeking a declaratory judgment that the new regulation erred as to §7(a)(2)’s geographic scope, and an injunction requiring the Secretary of the Interior to promulgate a new rule restoring his initial interpretation. The respondents specifically objected to funding of development projects in Aswan, Egypt and Mahaweli, Sri Lanka that could harm endangered species in the affected areas.

By a vote of 6-3, the Court held that the respondents lacked standing. Justice Antonin Scalia wrote on behalf of the majority.

In his opinion, Justice Scalia noted that constitutional minimum of standing contains three elements. The plaintiff must have suffered an “injury in fact,” an invasion of a legally protected interest which is (a) concrete and particularized, and (b) actual or imminent, not “conjectural” or “hypothetical.” Second, there must be a causal connection between the injury and the conduct complained of, the injury has to be fairly traceable to the challenged action of the defendant, and not the result of the independent action of some third party not before the court. Third, it must be “likely,” as opposed to merely “speculative,” that the injury will be “redressed by a favorable decision.”Justice Scalia also emphasized that “when the plaintiff is not himself the object of the government action or inaction he challenges, standing is not precluded, but it is ordinarily ‘substantially more difficult’ to establish.”

In finding that the respondents lacked standing, the Court placed little weight on the factthat the respondents planned to visit the relevant geographic areas at some time in the future. “That the women ‘had visited’ the areas of the projects before the projects commenced proves nothing,” Justice Scalia wrote. “And the affiants’ profession of an ‘inten[t]’ to return to the places they had visited before — where they will presumably, this time, be deprived of the opportunity to observe animals of the endangered species — is simply not enough. Such ‘some day’ intentions — without any description of concrete plans, or indeed even any specification ofwhenthe some day will be — do not support a finding of the ‘actual or imminent’ injury that our cases require.”

The Court also rejected what it characterized as a “series of novel standing theories,” including the “ecosystem nexus” theory, which proposed that any person who uses any part of a “contiguous ecosystem” adversely affected by a funded activity has standing even if the activity is located a great distance away.“It makes no difference that the general-purpose section of the ESA states that the Act was intended, in part, ‘to provide a means whereby the ecosystems upon which endangered species and threatened species depend may be conserved,’”Justice Scalia explained. “To say that the Act protects ecosystems is not to say that the Act creates (if it were possible) rights of action in persons who have not been injured in fact, that is, persons who use portions of an ecosystem not perceptibly affected by the unlawful action in question.”

The Court also concluded that the respondents failed to demonstrate redressability. “Theshort of the matter is that redress of the only injury-in-fact respondents complain of requires action (termination of funding until consultation) by the individual funding agencies; and any relief the District Court could have provided in this suit against the Secretary was not likely to produce that action,” Justice Scalia wrote.