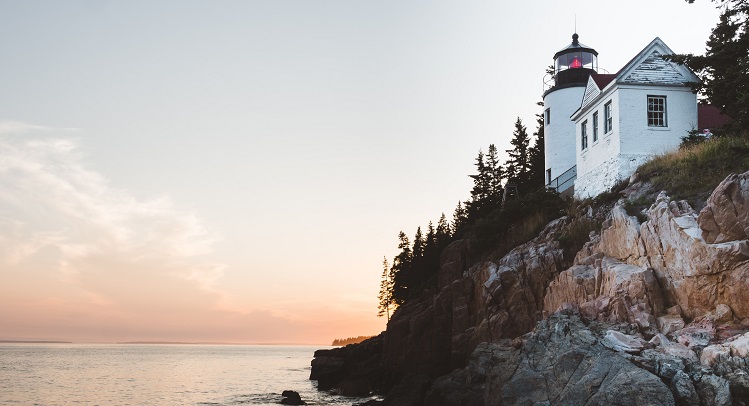 In 1992, petitioners, a group of probation officers filed suit against the State of Maine, in the United States District Court for the District of Maine. The officers alleged the State had violated the overtime provisions of the Fair Labor Standards Act of 1938 (FLSA). While the suit was pending, the Supreme Court decided Seminole Tribe. Citing the decision, the District Court dismissed petitioners’ action, and the Court of Appeals affirmed. Petitioners then filed the same action in state court. The state trial court dismissed the suit on the basis of sovereign immunity, and the Maine Supreme Judicial Court affirmed.

By a vote of 5-4, a divided Court heldthat Congress may not use its Article I powers to abrogate the states’ sovereign immunity.

“We hold that the powers delegated to Congress under Article I of the United States Constitution do not include the power to subject nonconsenting States to private suits for damages in state courts,” Justice Anthony Kennedy wrote on behalf of the majority. “We decide as well that the State of Maine has not consented to suits for overtime pay and liquidated damages under the FLSA.”

In reaching its decision, the majority emphasized that the “States’ immunity from suit is a fundamental aspect of the sovereignty which the States enjoyed before the ratification of the Constitution, and which they retain today (either literally or by virtue of their admission into the Union upon an equal footing with the other States) except as altered by the plan of the Convention or certain constitutional Amendments.”

The majority went on to address whether Article I authorizes Congress to subject nonconsenting states to private suits in their own courts. It concluded it does not, with Justice Kennedy writing:

We reject any contention that substantive federal law by its own force necessarily overrides the sovereign immunity of the States. When a State asserts its immunity to suit, the question is not the primacy of federal law but the implementation of the law in a manner consistent with the constitutional sovereignty of the States. Nor can we conclude that the specific Article I powers delegated to Congress necessarily include, by virtue of the Necessary and Proper Clause or otherwise, the incidental authority to subject the States to private suits as a means of achieving objectives otherwise within the scope of the enumerated powers.

The majority further held that recognizing a congressional power to subject nonconsenting States to private suits in their own courts is “inconsistent with the Constitution’s structure.” As Justice Kennedy explained:

A power to press a State’s own courts into federal service to coerce the other branches of the State, furthermore, is the power first to turn the State against itself and ultimately to commandeer the entire political machinery of the State against its will and at the behest of individuals. Such plenary federal control of state governmental processes denigrates the separate sovereignty of the States. It is unquestioned that the Federal Government retains its own immunity from suit not only in state tribunals but also in its own courts. In light of our constitutional system recognizing the essential sovereignty of the States, we are reluctant to conclude that the States are not entitled to a reciprocal privilege.

Finally, the Court concluded that Maine had not waived its immunity. “Although petitioners contend the State has discriminated against federal rights by claiming sovereign immunity from this FLSA suit, there is no evidence that the State has manipulated its immunity in a systematic fashion to discriminate against federal causes of action,” Justice Kennedy wrote. “To the extent Maine has chosen to consent to certain classes of suits while maintaining its immunity from others, it has done no more than exercise a privilege of sovereignty concomitant to its constitutional immunity from suit.”

Justice David Souter authored a dissent, which was joined by Justices John P. Stevens, Ruth Bader Ginsburg, and Stephen Breyer. The dissenting justices argued that the majority erroneously applied the doctrine of sovereign immunity. “The sequence of the Court’s positions prompts a suspicion of error, and skepticism is confirmed by scrutiny of the Court’s efforts to justify its holding. There is no evidence that the Tenth Amendment constitutionalized a concept of sovereign immunity as inherent in the notion of statehood, and no evidence that any concept of inherent sovereign immunity was understood historically to apply when the sovereign sued was not the font of the law,” Justice Souter wrote. “Nor does the Court fare any better with its subsidiary lines of reasoning, that the state-court action is barred by the scheme of American federalism, a result supposedly confirmed by a history largely devoid of precursors to the action considered here.” He added: “The Court’s federalism ignores the accepted authority of Congress to bind States under the FLSA and to provide for enforcement of federal rights in state court. The Court’s history simply disparages the capacity of the Constitution to order relationships in a Republic that has changed since the founding.”