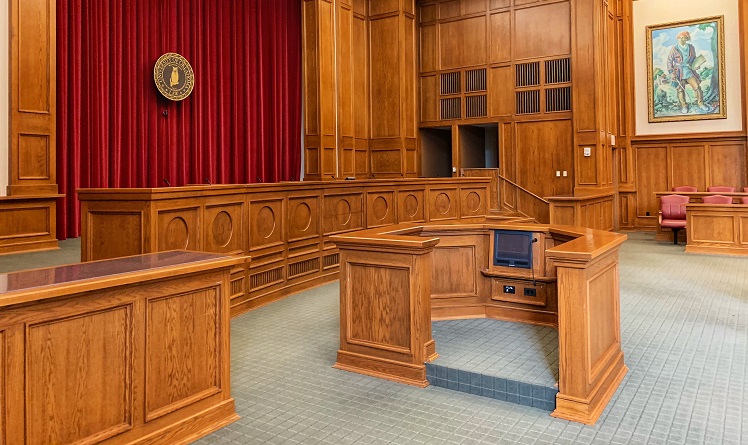 In Crawford v. Washington, 541 U.S. 36 (2004), the U.S. Supreme Court overhauled the test for determining whether a hearsay statement is admissible in a criminal trial. The Court held that testimonial statements of witnesses absent from trial are only admissible where the declarant is unavailable, and only where the defendant previously had an opportunity to cross-examine.

The Sixth Amendment’s Confrontation Clause provides that, “[i]n all criminal prosecutions, the accused shall enjoy the right . . . to be confronted with the witnesses against him.” In Ohio v. Roberts, 448 U.S. 56 (1980), the Court held that an unavailable witness’s out-of-court statement may be admitted so long as it has adequate indicia of reliability—i.e., falls within a “firmly rooted hearsay exception” or bears “particularized guarantees of trustworthiness.”

Petitioner Michael Crawford was tried for assault and attempted murder after stabbing a man who allegedly tried to rape his wife, Sylvia. The State sought to introduce a recorded statement that petitioner’s wife Sylvia had made during police interrogation, as evidence that the stabbing was not in self-defense. Sylvia did not testify at trial because of Washington’s marital privilege.

Petitioner argued that admitting the evidence would violate his Sixth Amendment right to be “confronted with the witnesses against him.” Citing Ohio v. Roberts, the trial court admitted the statement. The State Supreme Court upheld the conviction, deeming the statement reliable because it was nearly identical to, i.e., interlocked with, petitioner’s own statement to the police, in that both were ambiguous as to whether the victim had drawn a weapon before petitioner assaulted him.

The Court held that the State’s use of Sylvia’s statement violated the Sixth Amendment’s Confrontation Clause. “Where testimonial evidence is at issue, however, the Sixth Amendment demands what the common law required: unavailability and a prior opportunity for cross-examination,” Justice Scalia wrote. “[T]he only indicium of reliability sufficient to satisfy constitutional demands is the one the Constitution actually prescribes: confrontation.”

In reaching its decision, the Court examined the Confrontation Clause’s historical background. According to Justice Scalia,“the Framers would not have allowed admission of testimonial statements of a witness who did not appear at trial unless he was unavailable to testify, and the defendant had had a prior opportunity for cross-examination.” The Court went on to find that the test set forth in Roberts departed from historical principles because it admits statements consisting of ex parte testimony upon a mere reliability finding. As emphasized by the Court, Roberts allows a jury to hear evidence, untested by the adversary process, based on a mere judicial determination of reliability, thus replacing the constitutionally prescribed method of assessing reliability with a wholly foreign one. “Dispensing with confrontation because testimony is obviously reliable is akin to dispensing with jury trial because a defendant is obviously guilty,” Justice Scalia wrote.