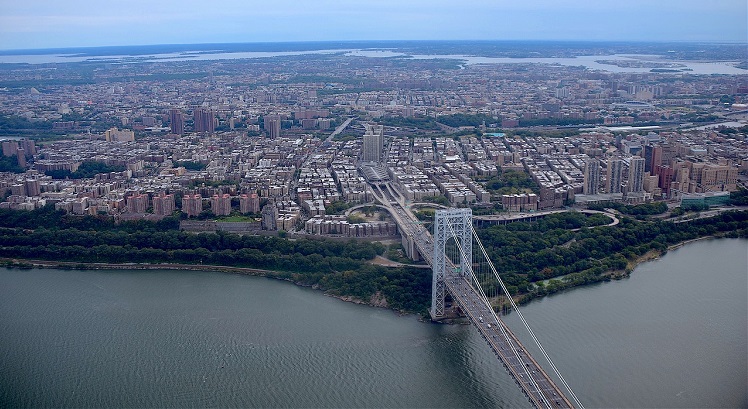 In Kelly v. United States, 590 U. S. ____ (2020), the U.S. Supreme Court overturned federal convictions arising out of New Jersey’s infamous “Bridgegate” scandal. According to the unanimous Court, because the scheme to close access lanes to the George Washington Bridge did not aim to obtain money or property, the defendants could not have violated the federal-program fraud or wire fraud laws. While the justices did not sanction the defendants’ actions, they noted that “not every corrupt act by state or local officials is a federal crime.”

The case arises out of the “Bridgegate” political payback scheme under which access lanes of the George Washington Bridge were allegedly closed in retaliation for Fort Lee mayor’s refusal to endorse the Gov. Chris Christie’s re-election bid. For their role in the scheme, William E. Baroni Jr. and Bridget Anne Kelly were convicted in federal court of wire fraud, fraud on a federally funded program or entity (the Port Authority), and conspiracy to commit each of those crimes.

The federal wire fraud statute (18 U.S.C. §1343) makes it a crime to effect (with the use of the wires) “any scheme or artifice to defraud, or for obtaining money or property by means of false or fraudulent pretenses, representations, or promises.” Similarly, the program fraud statute (18 U.S.C §666(a)(1)(A)) bars “obtain[ing] by fraud” the “property” (including money) of a federally funded program or entity.

The Third Circuit Court of Appeals upheld the convictions, rejecting the defendants’ argument that prosecutors had improperly used a fraud statutetocriminalize routine politicalconduct.According to the appeals court, Kelly and Baroni defrauded the Port Authority of its property—namely, the lanes, and the employee labor (including their own) used to plan, impose, and study the realignmentbecause theyciteda “traffic study” as the purpose for thetraffic pattern changerather than revealing theirtruepolitical motives.

“To execute their scheme, they conscripted fourteen Port Authority employees to do sham work in pursuit of no legitimate Port Authority aim. That Defendants were politically motivated does not remove their intentional conduct from the ambit of the federal criminal law,”Judge Anthony Scirica wroteon behalf of the Third Circuit.

The Supreme Court reversed, holding that because the scheme did not seek to obtain money or property, it did not violate the anti-fraud laws. “The evidence the jury heard no doubt shows wrongdoing—deception, corruption, abuse of power. But the federal fraud statutes at issue do not criminalize all such conduct,” Justice Elena Kagan wrote. “Under settled precedent, the officials could violate those laws only if an object of their dishonesty was to obtain the Port Authority’s money or property.”

In reaching its decision, the Court rejected the Government’s argument that Baroni and Kelly sought to “commandeer[ ]” part of the Bridge itself—to “take control” of its “physical lanes.” As Justice Kagan wrote:

Contrary to the Government’s view, the two defendants did not “commandeer” the Bridge’s access lanes (supposing that word bears its normal meaning). They (of course) did not walk away with the lanes; nor did they take the lanes from the Government by converting them to a non-public use. Rather, Baroni and Kelly regulated use of the lanes, as officials responsible for roadways so often do—allocating lanes as between different groups of drivers.

The Court also rejected the argument that the two defendants aimed to deprive the Port Authority of the costs of compensating the traffic engineers and back-up toll collectors who performed work relating to the lane realignment. “The realignment of the toll lanes was an exercise of regulatory power—something this Court has already held fails to meet the statutes’ property requirement,” Justice Kagan wrote. “And the employees’ labor was just the incidental cost of that regulation, rather than itself an object of the officials’ scheme.”