Four Cases on the Docket for Supreme Court This Week 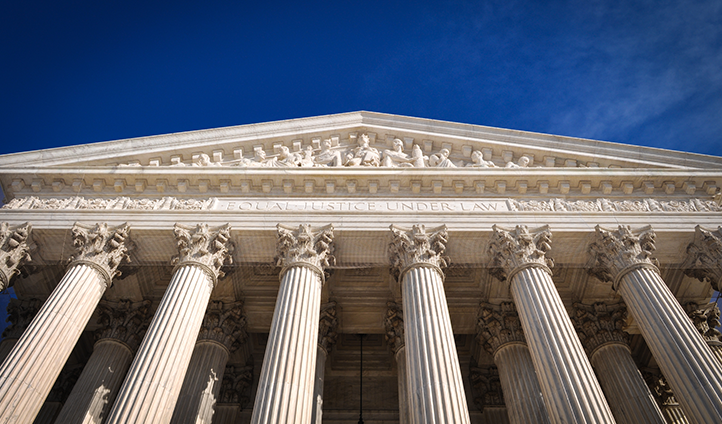 The U.S. Supreme Court heard oral arguments in four cases this week, all of which were originally scheduled to be heard last term. Issues before the justices included the statute of limitation for military rape charges, the Constitutional definition of “seizure,” and when property must be returned in bankruptcy.

The case involves the statute of limitations for rape cases against members of the military. The question the justices must decide is “[w]hether the Court of Appeals for the Armed Forces erred in concluding — contrary to its own longstanding precedent — that the Uniform Code of Military Justice allows prosecution of a rape that occurred between 1986 and 2006 only if it was discovered and charged within five years.”

The cases arise from the City of Chicago’s refusal to return impounded vehicles after their owners filed bankruptcy petitions. The Court must specifically decide “[w]hether an entity that is passively retaining possession of property in which a bankruptcy estate has an interest has an affirmative obligation under the Bankruptcy Code’s automatic stay, 11 U.S.C § 362, to return that property to the debtor or trustee immediately upon the filing of the bankruptcy petition.”

In one of the most-closely watched criminal cases on the Court’s docket, the Supreme Court must clarify what constitutes a seizure for Fourth Amendment purposes. The question the justices must decide is “[whether an unsuccessful attempt to detain a suspect by use of physical force is a “seizure” within the meaning of the Fourth Amendment, as the U.S. Courts of Appeals for the 8th, 9th and 11th Circuits and the New Mexico Supreme Court hold, or whether physical force must be successful in detaining a suspect to constitute a “seizure,” as the U.S. Court of Appeals for the 10th Circuit and the District of Columbia Court of Appeals hold.”

A noncitizen may not apply for relief from deportation, including asylum and cancellation of removal, if he has been convicted of a disqualifying offense listed in the Immigration and Nationality Act (INA). Under the categorical approach (including its “modified” variant), which governs the analysis of potentially disqualifying convictions, a conviction for a state offense does not carry immigration consequences unless it “necessarily” establishes all elements of the potentially corresponding federal offense. Accordingly, four courts of appeals hold that a state conviction does not bar relief from removal if the state-court record is merely ambiguous as to whether the conviction involved the elements of the corresponding federal offense. Four other courts of appeals hold that a merely ambiguous conviction is nonetheless disqualifying because the immigration laws place an evidentiary burden of proof on noncitizens to establish eligibility for relief. The Supreme Court must now resolve the circuit split and decide “[w]hether a criminal conviction bars a noncitizen from applying for relief from removal when the record of conviction is merely ambiguous as to whether it corresponds to an offense listed in the Immigration and Nationality Act.