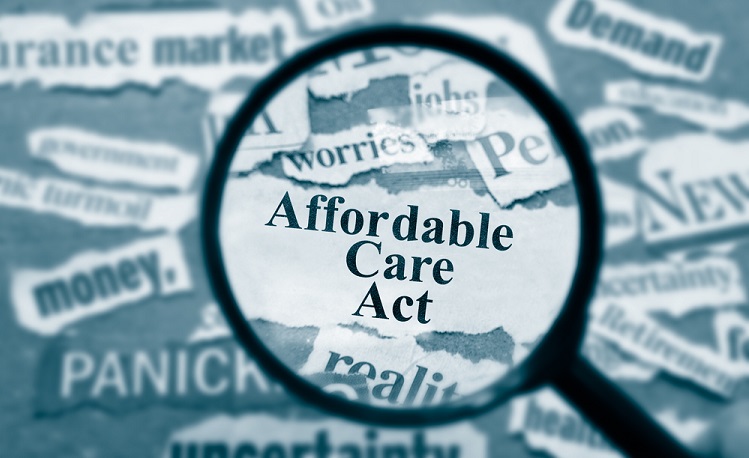 The U.S. Supreme Court heard oral arguments in three cases this week. The biggest issue before the justices was the constitutionality of the Affordable Care Act’s (ACA) individual mandate. The consolidated cases of California v. Texas and Texas v. California mark the third round of ACA litigation that has reached the country’s highest court.

This time around, the justices will again address whether the ACA’s coverage provision violates the U.S. Constitution. In National Federation of Independent Business v. Sebelius, 567 U.S. 519, 574 (2012), the Supreme Court held that Congress lacked the power to impose a stand-alone command to purchase health insurance but upheld Section 5000A as a whole as an exercise of Congress’s taxing power, concluding that it affords individuals a “lawful choice” between buying health insurance or paying a tax in the amount specified in Section 5000A(c). In 2017, Congress set that amount at zero but retained the remaining provisions of the ACA.

Below is a brief summary of the other cases the justices considered:

Niz-Chavez v. Barr: The immigration case involves the “stop-time rule.” The Attorney General can cancel removal of certain immigrants under 8 U.S.C. § 1229b (a) and (b). To be eligible for cancellation of removal, a non-permanent resident must have ten years of continuous presence in the United States, and a permanent resident must have seven years of continuous residence. Under the “stop-time rule,” the government can end those periods of continuous residence by serving “a notice to appear under section 1229(a),” which, in turn, defines “a ‘notice to appear”‘ as “written notice … specifying” specific information related to the initiation of a removal proceeding. In Pereira v. Sessions, 138 S. Ct. 2105, 2117 (2018), the Supreme Court held that only notice “in accordance with” section 1229(a)’s definition triggers the stop-time rule. The question before the Court is: “Whether, to serve notice in accordance with8 U.S.C. § 1229(a)and trigger the stop-time rule, the government must serve a specific document that includes all the information identified in Section 1229(a), or whether the government can serve that information over the course of as many documents and as much time as it chooses.”

Brownback v. King: The case involves the Federal Tort Claims Act (FTCA), which waives the sovereign immunity of the United States and creates a cause of action for damages for certain torts committed by federal employees “under circumstances where the United States, if a private person, would be liable to the claimant in accordance with the law of the place where the act or omission occurred.” The FTCA also imposes a judgment bar, which provides that “[t]he judgment in an action under section 1346(b) of this title shall constitute a complete bar to any action by the claimant, by reason of the same subject matter, against the employee of the government whose act or omission gave rise to the claim.” The question before the Court is “[w]hether a final judgment in favor of the United States in an action brought underSection 1346(b)(1)of the Federal Tort Claims Act, on the ground that a private person would not be liable to the claimant under state tort law for the injuries alleged, bars a claim underBivens v. Six Unknown Named Agents of Federal Bureau of Narcoticsthat is brought by the same claimant, based on the same injuries, and against the same governmental employees whose acts gave rise to the claimant’s FTCA claim.”

Decisions in all three cases are expected before the end of the term in June 2021. Please check back for updates.