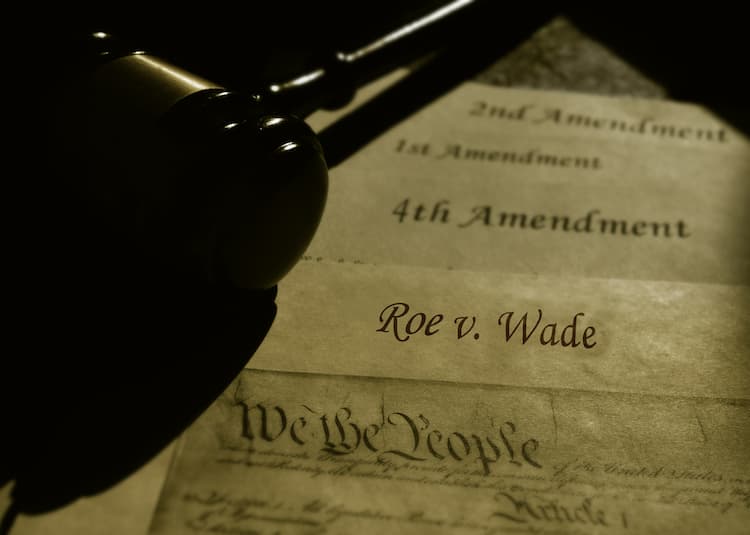 Early next month, the U.S. Supreme Court is scheduled to hear oral arguments in Dobbs v. Jackson Women’s Health Organization, which involves a Mississippi law that makes most abortions illegal after 15 weeks of pregnancy. Given that the state has expressly asked the Court to overturn its landmark decisions in Roe v. Wade, 410 U.S. 113 (1973), and Planned Parenthood v. Casey, 505 U.S. 833 (1992), the closely-watched case is poised to determine how the Court’s new conservative majority will address abortion rights going forward.

On March 19, 2018, Mississippi enacted the “Gestational Age Act” (Act). The Act provides that, in most cases, an abortion cannot be performed until a physician first determines and documents a fetus’s probable gestational age. Then, [e]xcept in a medical emergency or in the case of a severe fetal abnormality, a person shall not perform, induce, or attempt to perform or induce an abortion of an unborn human being if the probable gestational age of the unborn human being has been determined to be greater than fifteen (15) weeks.”

On the day the Act was signed into law, Jackson Women’s Health Organization, the only licensed abortion facility in Mississippi, and one of its doctors, Dr. Sacheen Carr-Ellis (collectively “the Clinic”), filed suit challenging the Act and requesting an emergency temporary restraining order. The district court granted summary judgment to the Clinic. The Act was unconstitutional, the court held, because “viability marks the earliest point at which the State’s interest in fetal life is constitutionally adequate to justify a legislative ban on nontherapeutic abortions.”

In support of its decision, the district court cited both Roe and Casey. In Roe, the Supreme Court held that the right to privacy “is broad enough to encompass a woman’s decision whether or not to terminate her pregnancy.” Meanwhile, Casey reaffirmed the Supreme Court’s “recognition of the right of the woman to choose to have an abortion before viability and to obtain it without undue interference from the State.” As the Supreme Court explained, “Before viability, the State’s interests are not strong enough to support a prohibition of abortion or the imposition of a substantial obstacle to the woman’s effective right to elect the procedure.”

The Fifth Circuit Court of Appeals affirmed, also citing the Supreme Court’s long-standing precedent on abortion. “With respect to bans like this one, the Supreme Court’s viability framework has already balanced the State’s asserted interests and found them wanting: Until viability, it is for the woman, not the state, to weigh any risks to maternal health and to consider personal values and beliefs in deciding whether to have an abortion,” the court wrote.

On appeal, the State had argued that the district court should have considered whether the Act “place[s] a substantial obstacle in the path of a woman seeking an abortion before the fetus attains viability[.]” According to the State, under this analysis, the Act “would likely be upheld, since it allows women up to three and a half months to decide whether to have an abortion.”

The Fifth Circuit rejected the argument, concluding that the Act still runs afoul of the Supreme Court’s decision in Casey by banning pre-viability abortions. “These arguments do not save the Act from encroaching on the holding of Casey,” the court wrote. “The Act pegs the availability of abortions to a specific gestational age that undisputedly prevents the abortions of some non-viable fetuses. It is a prohibition on pre-viability abortion.”

The Supreme Court granted certiorari on May 17, 2021. The justices have agreed to consider the following question: “Whether all pre-viability prohibitions on elective abortions are unconstitutional.”

Oral arguments are scheduled for December 1, 2021, and a decision is expected before the term ends in June 2022.