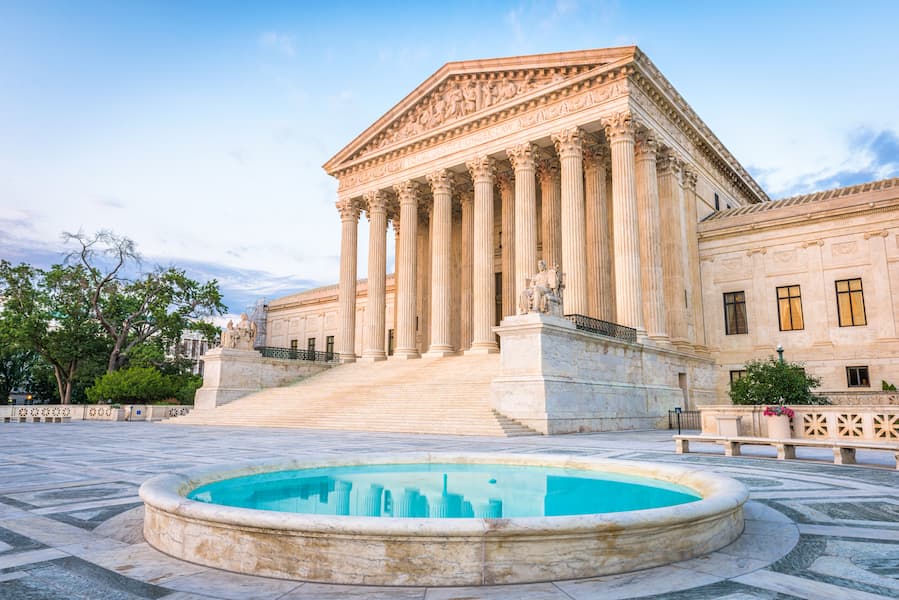 In Trump v. Thompson, 595 U. S. ____ (2022), the U.S. Supreme Court rejected President Donald Trump’s request to block the release of records relating to the Jan. 6 Capitol riot, while the Court considers Trump’s petition for review. Justice Clarence Thomas was the lone dissenter.

On January 6, 2021, a mob professing support for then-President Trump violently attacked the United States Capitol in an effort to prevent a Joint Session of Congress from certifying the electoral college votes designating Joseph R. Biden the 46th President of the United States. The House of Representatives subsequently established the Select Committee to Investigate the January 6th Attack on the United States Capitol, and charged it with investigating and reporting on the “facts, circumstances, and causes relating to” the January 6th attack on the Capitol, and its “interference with the peaceful transfer of power[.]”

As relevant to the dispute before the Court, the January 6th Committee sent a request to the Archivist of the United States under the Presidential Records Act, 44 U.S.C. § 2205(2)(C), seeking the expeditious disclosure of presidential records pertaining to the events of January 6th, the former President’s claims of election fraud in the 2020 presidential election, and other related documents.

Former President Trump asserted a claim of executive privilege to withhold the documents from the January 6th Committee. Applying regulations adopted by the Trump Administration, President Biden concluded that a claim of executive privilege as to the specific documents is “not in the best interests of the United States,” given the “unique and extraordinary circumstances” giving rise to the Committee’s request, and Congress’s “compelling need” to investigate “an unprecedented effort to obstruct the peaceful transfer of power” and “the most serious attack on the operations of the Federal Government since the Civil War.”

President Trump filed suit, seeking to block the disclosure of the documents.The district court denied Trump’s motion for a preliminary injunction, and the D.C. Circuit Court of Appeals affirmed. In reaching its decision, the federal appeals court found that President Trump failed to provide any reason for it to “override President Biden’s judgment and the agreement and accommodations worked out between the Political Branches over these documents.”

“Both Branches agree that there is a unique legislative need for these documents and that they are directly relevant to the Committee’s inquiry into an attack on the Legislative Branch and its constitutional role in the peaceful transfer of power,” Judge Patricia Millett wrote. She further explained that no matter what test the court applied, “the profound interests in disclosure advanced by President Biden and the January 6th Committee far exceed” Trump’s “generalized concerns for Executive Branch confidentiality.”

“The questions whether and in what circumstances a former President may obtain a court order preventing disclosure of privileged records from his tenure in office, in the face of a determination by the incumbent President to waive the privilege, are unprecedented and raise serious and substantial concerns,” the Court wrote. “The Court of Appeals, however, had no occasion to decide these questions because it analyzed and rejected President Trump’s privilege claims ‘under any of the tests [he] advocated,’ Trump v. Thompson, 20 F. 4th 10, 33 (CADC 2021), without regard to his status as a former President.”