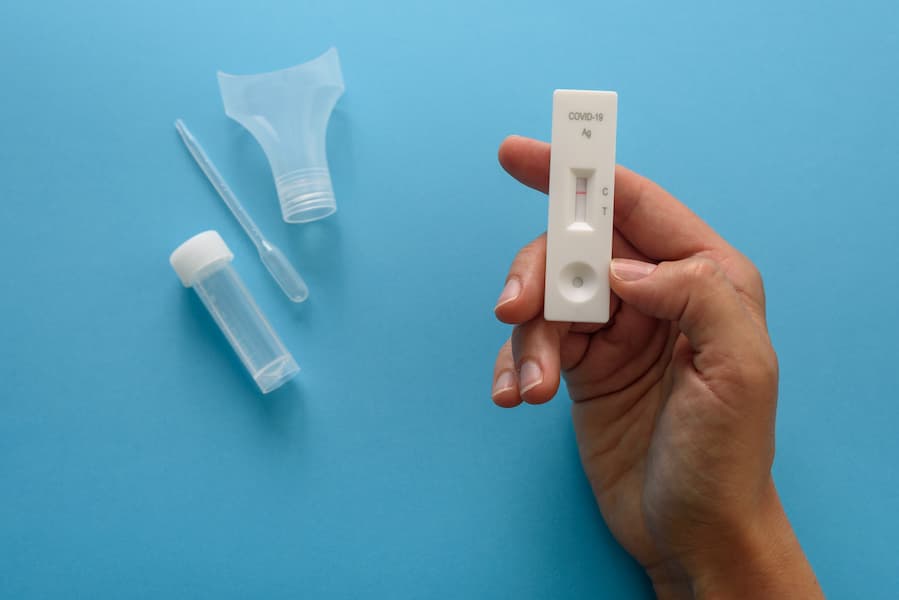 On January 13, the U.S. Supreme Court issued decisions in two closely-watched cases involving vaccine mandates imposed by the Biden Administration. In National Federation of Independent Business v. Department of Labor, Occupational Safety and Health Administration, the Court held that the vaccine-or-testing rule established by the U.S. Department of Labor’s Occupational Safety and Health Administration (OSHA) can’t go into effect while lawsuits are pending. However, held in Biden v. Missouri , the Court ruled that the Centers for Medicare & Medicaid Services (CMS) rule should be allowed to take effect nationwide as the lower courts consider legal  challenges.

On November 4, 2021, OSHA published an emergency temporary standard implementing the Biden Administration’s mandate that all employers with 100 or more employees require vaccination or, as an alternative, weekly testing.

Many States, businesses, and nonprofit organizations challenged OSHA’s rule in Courts of Appeals across the country. The Fifth Circuit initially entered a stay. However, after the cases were consolidated before the Sixth Circuit, that court lifted the stay and allowed OSHA’s rule to take effect. The challengers sought emergency relief from the Supreme Court, arguing that OSHA’s mandate exceeds its statutory authority and is otherwise unlawful.

By a vote of 6-3, the Supreme Courtheld that a stay of OSHA’s vaccine-or-testing regime is justified because OSHA exceeded its authority in issuing the ETS. “Permitting OSHA to regulate the hazards of daily life — simply because most Americans have jobs and face those same risks while on the clock — would significantly expand OSHA’s regulatory authority without clear congressional authorization,” the Court wrote.

The Court further found that it was not its role to weigh the tradeoffs of the vaccine mandate, including the challengers’ argument that it would cost businesses billions of dollars and force many employees to quit and the federal government’s assertion that vaccination could save lives and avoid hospitalizations. Such decisions should fall on Congress, according to the Court.

“Although Congress has indisputably given OSHA the power to regulate occupational dangers, it has not given that agency the power to regulate public health more broadly. Requiring the vaccination of 84 million Americans, selected simply because they work for employers with more than 100 employees, certainly falls in the latter category,” the majority wrote.

In November 2021, the Secretary of Health and Human Services, which administers the Medicare and Medicaid programs, announced that, in order to receive Medicare and Medicaid funding, participating facilities must ensure that their staff—unless exempt for medical or religious reasons—are vaccinated against COVID–19. Two District Courts enjoined enforcement of the rule, and the Government now asked the Supreme Court to stay those injunctions.

By a vote of 5-4, the Court held that the CMS rule should be allowed to take effect. According to the majority, the Secretary of Health and Human Services was within his authority in imposing the vaccine mandate on healthcare workers.

“The challenges posed by a global pandemic do not allow a federal agency to exercise power that Congress has not conferred upon it,” the majority explained. “At the same time, such unprecedented circumstances provide no grounds for limiting the exercise of authorities the agency has long been recognized to have.”

The majority also emphasized that healthcare facilities that wish to participate in Medicare and Medicaid have routinely been required to satisfy a host of conditions that address the safe and effective provision of healthcare, not simply sound accounting. Similarly, the Secretary regularly imposes conditions of participation that relate to the qualifications and duties of healthcare workers themselves. “The Secretary of Health and Human Services determined that a COVID–19 vaccine mandate will substantially reduce the likelihood that healthcare workers will contract the virus and transmit it to their patients. He accordingly concluded that a vaccine mandate is ‘necessary to promote and protect patient health and safety’ in the face of the ongoing pandemic,” the Court wrote. “The rule thus fits neatly within the language of the statute.”