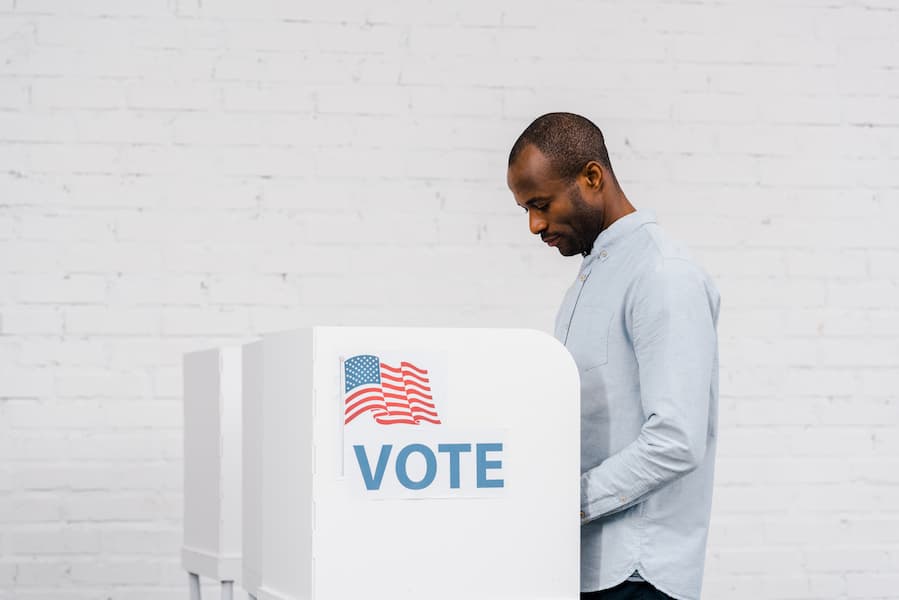 In Merrill v. Milligan, 595 U. S. ____ (2022), a divided U.S. Supreme Court allowed Alabama to implement a congressional redistricting map that includes only one district with a majority of Black voters. While a lower court agreed with challengers that the map constitutes illegal racial gerrymandering, the Supreme Court granted a stay, effectively putting the order on hold.

The suit before the Supreme Court alleges that Alabama’s electoral maps are racially gerrymandered in violation of the United States Constitution and/or dilute the votes of Black Alabamians in violation of the Voting Rights Act of 1965. The suit is highly time-sensitive because of state-law deadlines applicable to Alabama’s next congressional election. The Plan became law on November 4, 2021, and Alabama Code Section 17-13-5(a) effectively establishes a deadline of January 28, 2022 for candidates to qualify with major political parties to participate in the 2022 primary election for the U.S. House of Representatives and Senate. Alabama Code Section 17-13-3(a) establishes the date of that election as May 24, 2022. The general election will occur on November 8, 2022, approximately one year after these lawsuits were commenced.

All of the plaintiffs requested a preliminary injunction barring Alabama Secretary of State John H. Merrill from conducting congressional elections according to Alabama’s 2021 redistricting plan for its seven seats in the United States House of Representatives (“the Plan,” or “HB1”). The Plan includes one majority-Black congressional district, District 7.

Because the court also concluded that the plaintiffs established the other requirements for preliminary injunctive relief, it granted the preliminary injunction and enjoined Secretary Merrill from conducting any congressional elections according to the Plan. The State of Alabama asked the Supreme Court to stay the district court’s order while it appeals.

The Supreme Court granted the stay and agreed to consider the case, likely next term. The five-member majority did not issue a written opinion.

Justice Elena Kagan authored a 12-page dissent, which was joined by Justices Stephen Breyer and Sonia Sotomayor. “It does a disservice to the district court, which meticulously applied this court’s longstanding voting-rights precedent,” she wrote. “And most of all, it does a disservice to Black Alabamians who under that precedent have had their electoral power diminished — in violation of a law this court once knew to buttress all of American democracy.”

Justice Kagan also argued that the lower court’s order was issued sufficiently before the scheduled primary and general election. “Alabama is not entitled to keep violating Black Alabamians’ voting rights just because the court’s order came down in the first month of an election year,” she wrote.

Chief Justice John Roberts also wrote a dissent, concluding that the lower court “properly applied existing law in an extensive opinion with no apparent errors for our correction.” In his opinion, he further argued that the Court should have agreed to consider the case, but allowed the lower court decision to remain in place until it rendered a decision. “The practical effect of this approach would be that the 2022 election would take place in accord with the judgment of the district court, but subsequent elections would be governed by this court’s decision on review,” he wrote.

Finally, Justice Brett Kavanaugh wrote a concurring opinion, which was joined by Justice Samuel Alito. Justice Kavanaugh maintainedthat “the stay order does not make or signal any change to voting rights law.”

He further argued that the lower court created the issue by ruling on the map too close to an election. “When an election is close at hand, the rules of the road must be clear and settled,” Justice Kavanaugh wrote. “Late judicial tinkering with election laws can lead to disruption and to unanticipated and unfair consequences for candidates, political parties and voters, among others.”