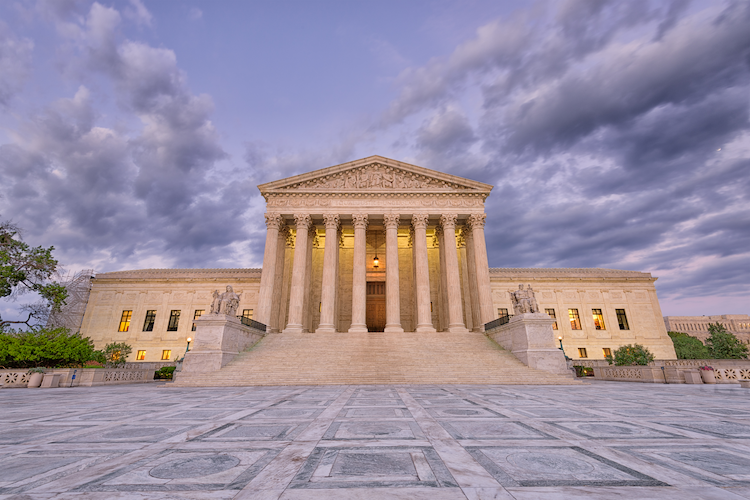 In Cameron v. EMW Women’s Surgical Center, P.S.C., 595 U. S. ____ (2022), the U.S. Supreme Court held that the U.S. Court of Appeals for the 6th Circuit erred in denying the Kentucky attorney general’s motion to intervene on the commonwealth’s behalf in litigation concerning Kentucky House Bill 454, the state’s controversial abortion law.

EMW Women’s Surgical Center and two of its doctors filed a federal suit seeking to enjoin enforcement of Kentucky House Bill 454, which regulates the abortion procedure known as dilation and evacuation. The defendants in EMW’s lawsuit included two Commonwealth officials, the attorney general and the cabinet secretary for Health and Family Services. EMW agreed to dismiss claims against the attorney general without prejudice. The stipulation of dismissal specified that the attorney general’s office reserved “all rights, claims, and defenses . . . in any appeals arising out of this action” and agreed to be bound by “any final judgment . . . subject to any modification, reversal or vacation of the judgment on appeal.” The secretary remained in the case and defended the challenged law. After a bench trial, the District Court held that HB 454 unconstitutionally burdens a woman’s right to an abortion and issued a permanent injunction against the law’s enforcement.

The Supreme Court reversed by a vote of 8-1, holding that the Sixth Circuit erroneously denied the Kentucky attorney general’s motion to intervene on the commonwealth’s behalf. Justice Samuel Alito wrote on behalf of the Court.

The Court subsequently found that the Sixth Circuit panel “failed to account for the strength of the Kentucky attorney general’s interest in taking up the defense of HB 454,” emphasizing that a State clearly has a legitimate interest in the continued enforceability of its own statutes. “A state’s opportunity to defend its laws in federal court should not be lightly cut off,” Justice Alito explained. “Respect for state sovereignty must also take into account the authority of a state to structure its executive branch in a way that empowers multiple officials to defend its sovereign interests in federal court.”

The Supreme Court also found that the Sixth Circuit erred in its evaluation of the other factors that bear on all applications for appellate intervention, including its assessment of the timeliness of the attorney general’s motion to intervene. As Justice Alito explained, while an important consideration, timeliness depends on the circumstances, and the progression of the litigation is “not solely dispositive.”

In this case, the Court found that the most important circumstance relating to timeliness was that the attorney general sought to intervene “as soon as it became clear” that the Commonwealth’s interests “would no longer be protected” by the parties in the case. “The attorney general sought to intervene two days after learning that the secretary would not continue to defend HB 454. The motion was also filed within a week after the Sixth Circuit issued its decision and within the 14-day time limit for petitioning for re- hearing en banc,” Justice Alito wrote. “Although the litigation by that time had proceeded for years, that factor is not dispositive. The attorney general’s need to seek intervention did not arise until the secretary ceased defending the state law, and the timeliness of his motion should be assessed in relation to that point in time.”

The Supreme Court found that the Sixth Circuit’s finding on prejudice was similarly flawed. The Court noted that while the attorney general’s rehearing petition pressed an issue (third-party standing) not raised in the secretary’s appellate briefs, allowing intervention would not have necessitated resolution of that issue. Moreover, respondents’ loss of its claimed expectations around election of a Governor with a history of declining to defend abortion restrictions is not cognizable as unfair prejudice in the sense relevant to the case. Justice Sonia Sotomayor was the lone dissenter. She argued that the Court’s decision will “open the floodgates for government officials to evade the consequences of litigation decisions made by their predecessors of different political parties, undermining finality and upsetting the settled expectations of courts, litigants, and the public alike.”