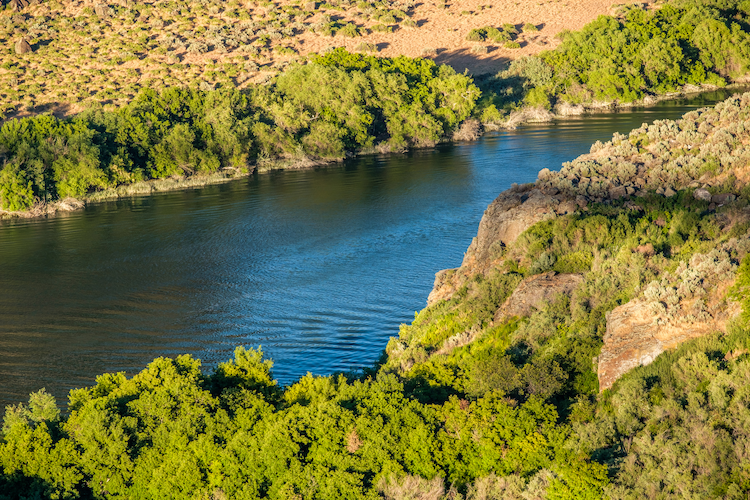 The CWA prohibits the discharge of any pollutants, including dredged or fill material, to “navigable waters” without first obtaining a permit. While the CWA defines the term “navigable waters” as “waters of the United States, including the territorial seas,” the precise scope of “waters of the United States” (WOTUS) has been subject to frequent litigation. In Rapanos v. United States, 547 U.S. 715 (2006), the Court held that the CWA does not regulate all wetlands. However, the divided Court could not agree on the proper standard.

The present case was brought by Chantell and Michael Sackett, who purchased a residential lot near Idaho’s Priest Lake in 2004. Shortly after the Sacketts began placing sand and gravel fill on the lot, they received an administrative compliance order from the EPA. The order stated that the property contained wetlands subject to protection under the CWA, and that the Sacketts had to remove the fill and restore the property to its natural state.

The Sacketts sued EPA in 2008, contending that the agency’s jurisdiction under the CWA does not extend to their property.In 2012, the Supreme Court unanimously ruled that the Sacketts could immediately litigate their challenge to the EPA’s order in federal court. In the proceedings that followed, the Ninth Circuit Court of Appeals employed  the “significant nexus” test advanced by Justice Anthony Kennedy in Rapanos to uphold EPA’s authority over the Sacketts’ property. In appealing the decision, the Sacketts emphasized that neither the lower courts nor the EPA and Army Corps have been able to establish a durable definition of WOTUS following the Court’s decision in Rapanos.

In granting certiorari, the Supreme Court agreed to decide the following question: “Whether the U.S. Court of Appeals for the 9th Circuit set forth the proper test for determining whether wetlands are “waters of the United States” under the Clean Water Act, 33 U.S.C. § 1362(7).”

In oral arguments before the Supreme Court, the EPA urged the Court to adopt Justice Kennedy’s test. Meanwhile, the Sacketts advocated for the test proposed by the four-justice plurality inRapanos, which would only allow the EPA to regulate wetlands that have a continuous surface water connection to regulated waters.

At this point, it is unclear whether the Court will be able to establish a comprehensive WOTUS definition. A decision is expected by the end of the Court’s term in June.