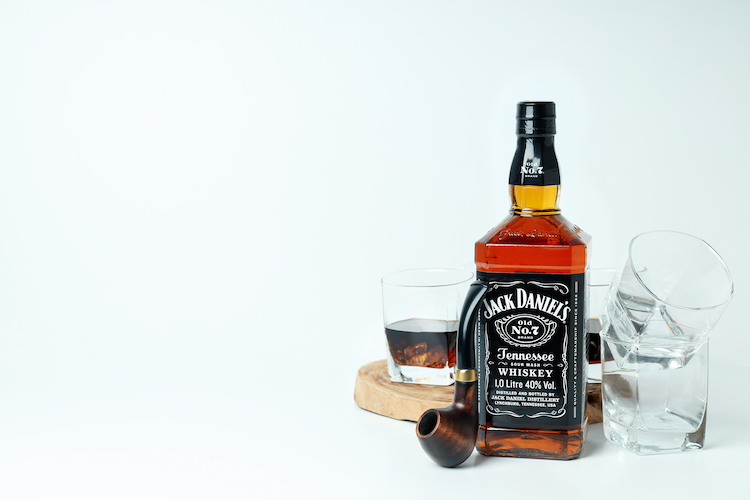 Respondent VIP Products LLC (VIP) sells the “Bad Spaniels Silly Squeaker” dog toy, which resembles a bottle of Jack Daniel’s Old No. 7 Black Label Tennessee Whiskey, but has light-hearted, dog-related alterations. For example, the name “Jack Daniel’s” is replaced with “Bad Spaniels,” “Old No. 7” with “Old No. 2,” and alcohol content descriptions with “43% POO BY VOL.” and “100% SMELLY.”

After Jack Daniel’s Properties, Inc. (Jack Daniel’s) demanded that VIP cease selling the toy, VIP filed this action, seeking a declaration that the toy did not infringe JDPI’s trademark rights or, in the alternative, that Jack Daniel’s trade dress and bottle design were not entitled to trademark protection. Jack Daniel’s counterclaimed, asserting trademark infringement and dilution.

In reaching its decision, the Ninth Circuit found that Bad Spaniels is an expressive work and applied the test set forth in Rogers v. Grimaldi, 875 F.2d 994 (2d Cir. 1989), which requires the plaintiff to show that the defendant’s use of the mark is either (1) “not artistically relevant to the underlying work” or (2) “explicitly misleads consumers as to the source or content of the work.” Because it found VIP’s commercial dog toys are “noncommercial,” the Ninth Circuit also found they were exempt from dilution-by-tarnishment claims.

Jack Daniel’s asked the Supreme Court to intervene, arguing that the Ninth Circuit’s decision would allow humor to serve as a “get out of jail free” card with regard to trademark infringement. “To be sure, everyone likes a good joke. But VIP’s profit-motivated ‘joke’ confuses consumers by taking advantage of Jack Daniel’s hard-earned goodwill,” the company wrote in its petition for certiorari.

A date has not yet been set for oral arguments. However, the Supreme Court is expected to issue a decision before the term ends in June 2023.