The Biggest Cases the Supreme Court Will Hear in 2023 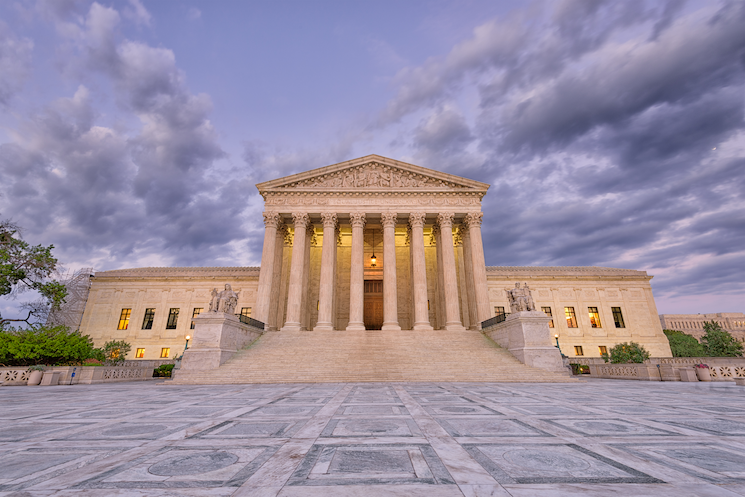 The U.S. Supreme Court is about one-third of the way through its current term as it enters the new year. As in the past, some of the biggest cases will be heard in the final six months. Important issues before the justices will include the lawfulness of the Biden Administration’s student loan forgiveness plan and tech companies’ liability for user content.

Below is a brief preview of the cases before the Court:

Gonzalez v. Google LLC: This closely-watched case involves the scope of Section 230 of the Communications and Decency Act of 1996, a statute that grants Internet companies immunity from lawsuits about content posted by third parties on their public services and predates the rise of platforms like Twitter, Google, and YouTube. The suit was brought by the family of Nohemi Gonzalez, an American woman killed during a November 2015 terrorist attack in Paris, France. While the Islamic State, also known as ISIS, claimed responsibility, the victim’s family filed suit against Google, alleging that, by operating YouTube, Google incurred liability under the Anti-Terrorism Act (ATA), and committed or abetted “an act of international terrorism” that caused Gonzalez’s death. The justices have agreed to decide: Whether Section 230(c)(1) of the Communications Decency Act immunizes interactive computer services when they make targeted recommendations of information provided by another information content provider, or only limits the liability of interactive computer services when they engage in traditional editorial functions (such as deciding whether to display or withdraw) with regard to such information.

Twitter v. Taamneh: The second high-profile case involving big tech also involves liability for a fatal ISIS attack. In the related case, the Court is poised to decide two key questions: (1) Whether a defendant that provides generic, widely available services to all its numerous users and “regularly” works to detect and prevent terrorists from using those services “knowingly” provided substantial assistance under 18 U.S.C. § 2333 merely because it allegedly could have taken more “meaningful” or “aggressive” action to prevent such use; and (2) whether a defendant whose generic, widely available services were not used in connection with the specific “act of international terrorism” that injured the plaintiff may be liable for aiding and abetting under Section 2333.

Biden v. Nebraska: The case is one of two challenges to the Department of Education’s debt relief program for federal student loan borrowers, which would provide up to $20,000 in debt relief to Pell Grant recipients with loans held by the Department and up to $10,000 in debt relief to non-Pell Grant recipients. The six states challenging the plan allege that the student loan debt relief plan contravenes the separation of powers and violates the Administrative Procedure Act because it exceeds the Secretary of Education’s authority and is arbitrary and capricious. After the Eight Circuit Court of appeals enjoined the forgiveness program, the Court agreed to fast-track the appeal. It will decide the following questions: (1) Whether six states have Article III standing to challenge the Department of Education’s student-debt relief plan; and (2) whether the plan exceeds the secretary of education’s statutory authority or is arbitrary and capricious.

Dept. of Education v. Brown: In the second suit challenging the Biden Administration’s student loan forgiveness plan, two student loan borrowers argue that they have been unfairly excluded from the loan forgiveness plan. One of the borrowers is ineligible for forgivenessbecause her loans are held by commercial entities, while the other borrower is only eligible for $10,000 in relief rather than the $20,000 that would be forgiven if he had received a Pell Grant. The challengers also argue that the Department of Education did not follow the proper procedures in adopting the program, namely by failing to allow public comment. The justices will decide two issues: (1) Whether two student-loan borrowers have Article III standing to challenge the Department of Education’s student-debt relief plan; and (2) whether the department’s plan is statutorily authorized and was adopted in a procedurally proper manner.

Jack Daniel’s Properties v. VIP Products LLC: The justices are slated to take up a key intellectual property case before the term ends in June. The trademark dispute centers ona dog toy, “Bad Spaniels,” that imitates a Jack Daniel’s whiskey bottle and will determine wherecourts shoulddraw the line between parody andtrademarkinfringement. The specific issues before the Court are: (1) Whether humorous use of another’s trademark as one’s own on a commercial product is subject to the Lanham Act’s traditional likelihood-of-confusion analysis,15 U.S.C. § 1125(a)(1), or instead receives heightened First Amendment protection from trademark-infringement claims; and (2) whether humorous use of another’s mark as one’s own on a commercial product is “noncommercial” and thus bars as a matter of law a claim of dilution by tarnishment under the Trademark Dilution Revision Act,15 U.S.C. § 1125(c)(3)(C).