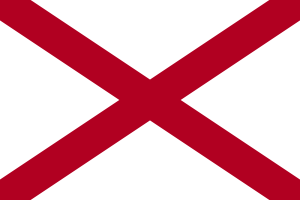 Last term, in Shelby v. Holder, the Court effectively struck down Section 5 of the Voting Rights Act, which requires many southern states to receive permission from the federal government before making changes to their voting procedures.

The Factual and Legal Background

In Reynolds v. Sims, the U.S. Supreme Court ruled that state legislative districts must be apportioned after each census based on the principle of one person, one vote. As noted in the decision, “[T]he basic principle of representative government remains, and must remain, unchanged—the weight of a citizen’s vote cannot be made to depend on where he lives. Population is, of necessity, the starting point for consideration and the controlling criterion for judgment in legislative apportionment controversies.”

In the wake of the 1964 decision, the Alabama Legislature has struggled with redistricting, frequently requiring judicial intervention. In the instant cases, the plaintiffs take issue with the way a large number of minority voters were packed into a small number of districts, alleging that the redistricting plans violated the First Amendment, the Equal Protection Clause of the Fourteenth Amendment, the Fifteenth Amendment, and Section 2 of the Voting Rights Act of 1965.

As noted by the lower federal court, “the plaintiffs in these actions, in contrast with the plaintiffs in Reynolds, complain that the Legislature redistricted itself based on too little deviation in population equality and paid too little attention to considerations of where voters live based on the jurisdictional lines of counties and other subdivisions.”

By a vote of two to one, the three-judge federal panel found that the redistricting plan complied with the U.S. Constitution and the Voting Rights Act. The majority concluded that the maps did not interfere with black voters’ ability to participate in the political process, citing that “[m]ajority-black districts are roughly proportional to the black voting-age population in Alabama.”

In his dissent, Judge Myron H. Thompson noted the “cruel irony of the case” in light of the Supreme Court’s decision in Shelby County v. Holder. “Even as it was asking the Supreme Court to strike down [Section 5] “for failure to speak to current conditions, the State of Alabama was relying on racial quotas with absolutely no evidence that they had anything to do with current conditions, and seeking to justify those quotas with the very provision it was helping to render inert,” he argued.

The two appeals maintain that state legislators engaged in “racial gerrymandering” by placing too much emphasis on race when drawing up legislative boundaries. As further argued by the Alabama Legislative Black Caucus, “packing of the majority black districts necessarily increases the political segregation of African-Americans and reduces their ability to influence the outcome of legislative elections in the rest of the state.”

The question before the Court in Alabama Legislative Black Caucus v. Alabama is: Whether Alabama’s legislative redistricting plans unconstitutionally classify black voters by race by intentionally packing them in districts designed to maintain supermajority percentages produced when 2010 census data are applied to the 2001 majority-black districts.

Similarly, the justices agreed to consider the following question in Alabama Democratic Conference v. Alabama: Whether Alabama’s effort to redraw the lines of each majority-black district to have the same black population as it would have using 2010 census data as applied to the former district lines, when combined with the state’s new goal of significantly reducing population deviation among districts, amounted to an unconstitutional racial quota and racial gerrymandering that is subject to strict scrutiny and that was not justified by the putative interest of complying with the non-retrogression aspect of Section 5 of the Voting Rights Act; and whether these plaintiffs have standing to bring such a constitutional claim.

The cases will be considered together during the October 2014 Term. We will be closely following the oral arguments and encourage you to check back for updates.