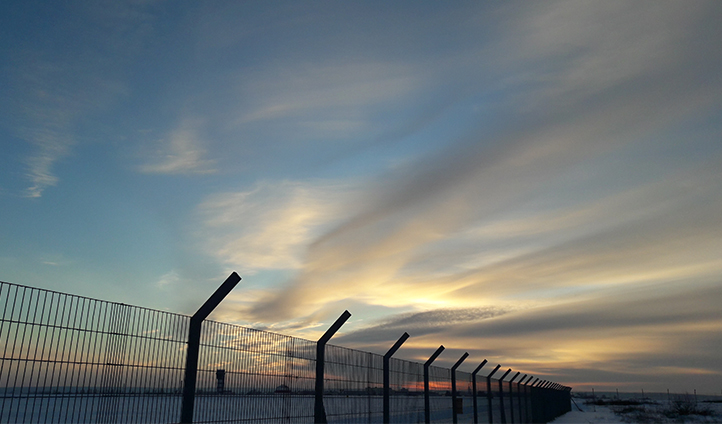 The U.S. Supreme Court returned from recess this week and heard oral arguments in three cases. In what could be a significant decision, the justices considered the constitutionality of the shooting of an unarmed Mexican citizen by U.S. border patrol. With tensions rising between the two countries, the lawsuit is being closely watched on both sides of the border.

Hernandez v. Mesa: The lawsuit revolves around when constitutional protections, specifically the Fourth Amendment’s prohibition of unreasonable deadly force, apply outside U.S. borders. Sergio Hernandez, age 15, was fatally shot by a U.S. Border Patrol agent while standing on Mexican soil. The agent fired the shot from Texas. (For a further discussion of the facts of the case, please see our prior post.) The justices have agreed to address the following issues: (1) Whether a formalist or functionalist analysis governs the extraterritorial application of the Fourth Amendment’s prohibition on unjustified deadly force; (2) whether qualified immunity may be granted or denied based on facts – such as the victim’s legal status – unknown to the officer at the time of the incident; and (3) whether the claim in this case may be asserted under Bivens v. Six Unknown Federal Narcotics Agents, in which the Court previously held that an implied cause of action existed when federal agents violated a person’s Fourth Amendment protection against unreasonable search and seizures.

McLane Co. v. EEOC: The lawsuit centers on the Equal Employment Opportunity Commission’s (EEOC) subpoena authority and whether appeals courts should defer to trial judges when reviewing a decision not to enforce an EEOC subpoena. The justices are specifically tasked with deciding the following question: “Whether a district court’s decision to quash or enforce an EEOC subpoena should be reviewed de novo, which only the Ninth Circuit does, or should be reviewed deferentially, which eight other circuits do, consistent with this Court’s precedents concerning the choice of standards of review.”