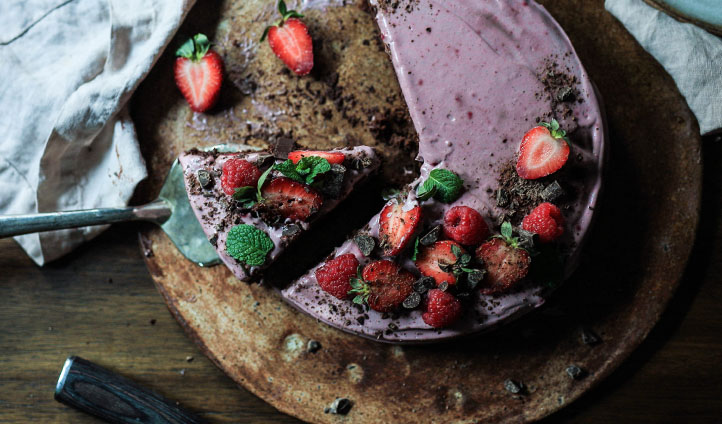 Masterpiece Cakeshop, Ltd., is a Colorado bakery owned and operated by Jack Phillips, an expert baker and devout Christian. In 2012, he told a same-sex couple that he would not create a cake for their wedding celebration because of his religious opposition to same-sex marriages, but that he would sell them other baked goods, such as birthday cakes. The couple filed a charge with the Colorado Civil Rights Commission (Commission) pursuant to the Colorado Anti-Discrimination Act (CADA), which prohibits, as relevant here, discrimination based on sexual orientation in a “place of business engaged in any sales to the public and any place offering services . . . to the public.”

Under CADA’s administrative review system, the Colorado Civil Rights Division first found probable cause for a violation and referred the case to the Commission. The Commission then referred the case for a formal hearing before a state Administrative Law Judge (ALJ), who ruled in the couple’s favor. In so doing, the ALJ rejected Phillips’ First Amendment claims: that requiring him to create a cake for a same-sex wedding would violate his right to free speech by compelling him to exercise his artistic talents to express a message with which he disagreed and would violate his right to the free exercise of religion. Both the Commission and the Colorado Court of Appeals affirmed.

The Supreme Court reversed, finding that the Commission’s actions violated the Free Exercise Clause. “When the Colorado Civil Rights Commission considered this case, it did not do so with the religious neutrality that the Constitution requires,” Justice Anthony Kennedy wrote on behalf of the majority.

In support of its decision, the majority highlighted the remarks made by members of the Commission, which suggested an animus towards Phillips’ religious beliefs. Justice Kennedy specifically noted the inappropriateness of one commissioner stating that “freedom of religion and religion has been used to justify all kinds of discrimination throughout history, whether it be slavery, whether it be the Holocaust.”

“The neutral and respectful consideration to which Phillips was entitled was compromised here,” Justice Kennedy wrote. “The Civil Rights Commission’s treatment of his case has some elements of a clear and impermissible hostility toward the sincere religious beliefs that motivated his objection.”

While it ruled in favor of the cake shop, the majority did affirm the general principle that business owners can’t use religious objections to discriminate against protected individuals in violation of state public accommodation laws. Justice Kennedy wrote:

As this Court observed in Obergefell v. Hodges, 576 U. S. ___ (2015), “[t]he First Amendment ensures that religious organizations and persons are given proper protection as they seek to teach the principles that are so fulfilling and so central to their lives and faiths.” Id., at ___ (slip op., at 27). Nevertheless, while those religious and philosophical objections are protected, it is a general rule that such objections do not allow business owners and other actors in the economy and in society to deny protected persons equal access to goods and services under a neutral and generally applicable public accommodations law.

Notably, the Court did not reach the First Amendment issues raised in the case. Moreover, it emphasized that its decision was based on the unique facts of the case. “The outcome of cases like this in other circumstances must await further elaboration in the courts, all in the context of recognizing that these disputes must be resolved with tolerance, without undue disrespect to sincere religious beliefs, and without subjecting gay persons to indignities when they seek goods and services in an open market,” Justice Kennedy wrote.

Justice Ruth Bader Ginsburg authored a dissenting opinion in which Justice Sonia Sotomayor joined. Ginsburg sharply criticized the majority’s reliance of the Commission’s alleged mistreatment of the baker to avoid the thornier issues raised in the case. “What prejudice infected the determinations of the adjudicators in the case before and after the commission?” Justice Ginsburg wrote. “The court does not say.”