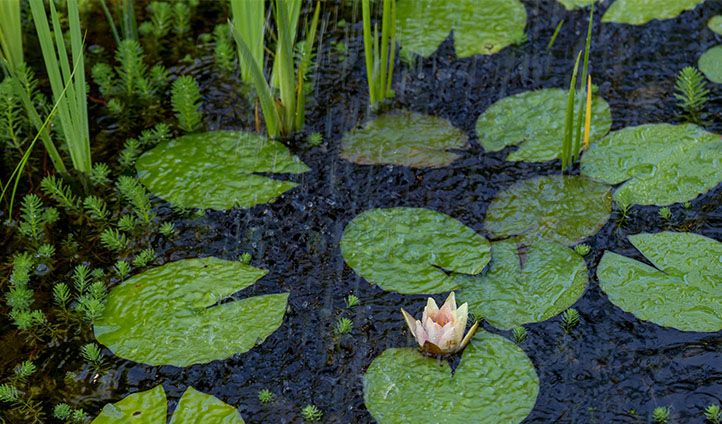 The U.S. Supreme Court has sent Weyerhaeuser Company v. United States Fish and Wildlife Service, 586 U. S. ____ (2018), back to the lower court.  It remains to be seen whether this seemingly simple case of statutory interpretation may also signal the Court’s expanded role in reviewing decisions of administrative agencies.

In a unanimous decision, the Court held that an area is eligible for designation as a “critical habitat” under the Endangered Species Act only if it is “habitat” for the species. It also confirmed that decisions to exclude land from a critical-habitat designation are reviewable by federal courts for abuse of discretion.

(i) the specific areas within the geographical area occupied by the species . . . on which are found those physical or biological features (I) essential to the conservation of the species and (II) which may require special management considerations or protection; and

“(ii) specific areas outside the geographical area occupied by the species . . . upon a determination by the Secretary that such areas are essential for the conservation of the species.

The Service proposed designating as part of that critical habitat a site in St. Tammany Parish, Louisiana, which the Service dubbed “Unit 1.” The frog had once lived in Unit 1, but the land had long been used as a commercial timber plantation, and no frogs had been spotted there for decades. The Service concluded that Unit 1 met the statutory definition of unoccupied critical habitat because its rare, high-quality breeding ponds and distance from existing frog populations made it essential for the species’ conservation.

Pursuant to the ESA, 16 U.S.C. §1533(b)(2), the Service commissioned a report on the probable economic impact of its proposed critical-habitat designation. With regard to Unit 1, the report found that designation might bar future development of the site, depriving the owners of up to $33.9 million. The Service nonetheless concluded that the potential costs were not disproportionate to the conservation benefits and proceeded to designate Unit 1 as critical habitat for the dusky gopher frog.

Weyerhaeuser and a group of family landowners own Unit 1. They filed suit, contending that the closed-canopy timber plantation on Unit 1 could not be critical habitat for the dusky gopher frog, which lives in open-canopy forests. The District Court upheld the designation.

The Fifth Circuit affirmed, rejecting the suggestion that the “critical habitat” definition contains any habitability requirement and concluding that the Service’s decision not to exclude Unit 1 was committed to agency discretion by law and was therefore unreviewable.

The Supreme Court reversed and remanded the case back to the lower court. Chief Justice John Roberts wrote on behalf of the unanimous Court.

The justices first held that an area is eligible for designation as critical habitat under §1533(a)(3)(A)(i) only if it is habitat for the species. In support of the Court’s decision, the Chief Justice noted that “adjectives modify nouns—they pick out a subset of a category that possesses a certain quality.” Accordingly, he reasoned that “critical habitat” is the subset of “habitat” that is “critical” to the conservation of an endangered species.

Because the Fifth Circuit erroneously concluded that “critical habitat” designations under the statute were not limited to areas that qualified as habitat, it had no occasion to interpret the term “habitat” in Section 4(a)(3)(A)(i) or to assess the Service’s administrative findings regarding Unit 1. Accordingly, the Court vacated the judgment and remanded to the Court of Appeals to consider these questions in the first instance.

The Supreme Court also held that the Secretary’s decision not to exclude an area from critical habitat under §1533(b)(2) is subject to judicial review. In support, the Chief Justice cited the Administrative Procedure Act’s strong presumption favoring judicial review. It also rejected the Service’s argument that the presumption is rebutted because the action is “committed to agency discretion by law,” because §1533(b)(2) is one of those rare provisions “drawn so that a court would have no meaningful standard against which to judge the agency’s exercise of discretion.” Lincoln v. Vigil, 508 U.S. 182 (1993).

In reaching its decision, the Court noted that Section 1533(b)(2) describes a unified process for weighing the impact of designating an area as critical habitat. The provision’s first sentence requires the Secretary to “tak[e] into consideration” economic and other impacts before designation, and the second sentence authorizes the Secretary to act on his consideration by providing that he “may exclude any area from critical habitat if he determines that the benefits of such exclusion outweigh the benefits of ” designation. According to the Court, the word “may” certainly confers discretion on the Secretary, but it does not segregate his discretionary decision not to exclude from the mandated procedure to consider the economic and other impacts of designation when making his exclusion decisions.