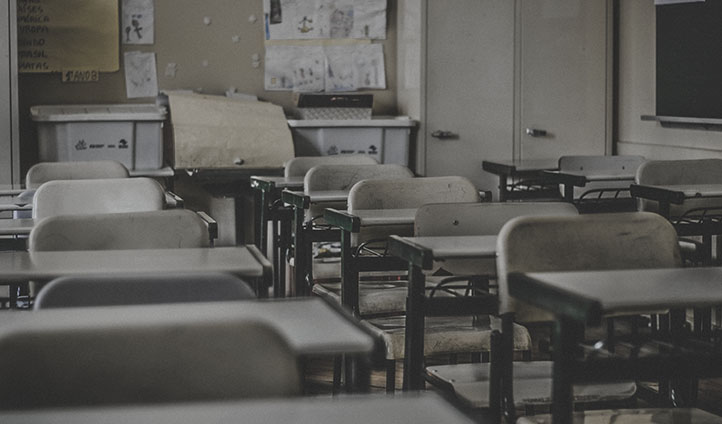 Three public school students in Des Moines, Iowa, were suspended from school for wearing black armbands to protest the Government’s policy in Vietnam. They sought nominal damages and an injunction against a regulation that the school officials had promulgated banning the wearing of armbands. The District Court dismissed the complaint on the ground that the regulation was within the officials’ power, despite the absence of any finding of substantial interference with the conduct of school activities. A divided Court of Appeals for the Eighth Circuit affirmed.

By a vote of 7-2, the Supreme Court sided with the students. Justice Abe Fortas wrote on behalf of the majority.

In reaching its decision, the majority noted that public school students have certain constitutional rights, including the freedom of expression. As Justice Fortas explained:

In our system, state-operated schools may not be enclaves of totalitarianism. School officials do not possess absolute authority over their students. Students in school, as well as out of school, are “persons” under our Constitution. They are possessed of fundamental rights which the State must respect, just as they themselves must respect their obligations to the State. In our system, students may not be regarded as closed-circuit recipients of only that which the State chooses to communicate. They may not be confined to the expression of those sentiments that are officially approved. In the absence of a specific showing of constitutionally valid reasons to regulate their speech, students are entitled to freedom of expression of their views

In order to censor speech, the majority held that school officials must be able to show that “its action was caused by something more than a mere desire to avoid the discomfort and unpleasantness that always accompany an unpopular viewpoint.” Where there is no finding and no showing that engaging in the forbidden conduct would “materially and substantially interfere with the requirements of appropriate discipline in the operation of the school,” the Court held that the prohibition cannot be sustained.

Applying this standard to the facts of the case, the majority concluded that the school authorities had no reason to anticipate that the wearing of the armbands would substantially interfere with the work of the school or impinge upon the rights of other students. “Even an official memorandum prepared after the suspension that listed the reasons for the ban on wearing the armbands made no reference to the anticipation of such disruption,” Justice Fortas wrote. “On the contrary, the action of the school authorities appears to have been based upon an urgent wish to avoid the controversy which might result from the expression, even by the silent symbol of armbands, of opposition to this Nation’s part in the conflagration in Vietnam.”

Justices Hugo Black and John M. Harlan II both authored dissenting opinions. Black argued that disruptive “symbolic speech” is not protected under the Constitution. “While I have always believed that under the First and Fourteenth Amendments neither the State nor the Federal Government has any authority to regulate or censor the content of speech, I have never believed that any person has a right to give speeches or engage in demonstrations where he pleases and when he pleases,” he wrote. Black further argued that the students’ conduct was disruptive. He wrote: “I repeat that if the time has come when pupils of state-supported schools, kindergartens, grammar schools, or high schools, can defy and flout orders of school officials to keep their minds on their own schoolwork, it is the beginning of a new revolutionary era of permissiveness in this country fostered by the judiciary.”