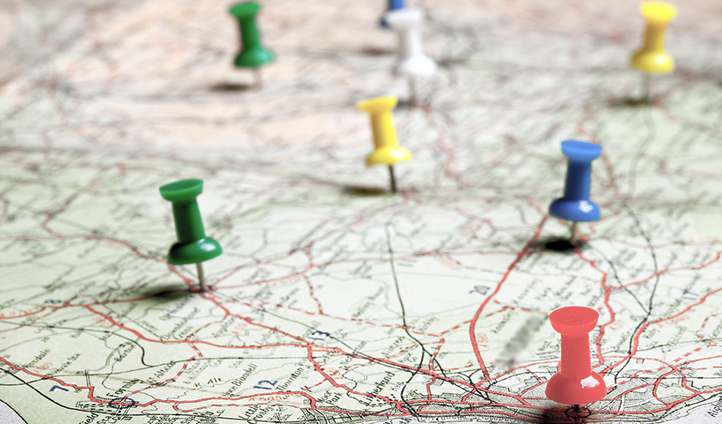 In Shaw v Reno, 509 U.S. 630 (1993), the U.S. Supreme Court held that claims of racial redistricting must be held to a standard of strict scrutiny. It further held that districts that can’t be explained on grounds other than race run afoul of the Equal Protection Clause.

As a result of the 1990 census, North Carolina became entitled to a 12th seat in the United States House of Representatives. To comply with Section 5 of the Voting Rights Act of 1965, North Carolina submitted a congressional reapportionment plan with one majority-black district to the U.S. Attorney General. The Attorney General objected to the plan on the ground that the second district could have been created to give effect to minority voting strength in the State’s south-central to southeastern region.

The State’s revised plan contained a second majority-black district in the north-central region. The new district stretched approximately 160 miles along Interstate 85 and, for much of its length, was no wider than the I-85 corridor. Appellants, five North Carolina residents, filed suit against appellee state and federal officials, claiming that the State had created an unconstitutional racial gerrymander in violation of the Fourteenth Amendment.

The redistricting suit alleged that the two districts concentrated a majority of black voters arbitrarily without regard to considerations such as compactness, contiguousness, geographical boundaries, or political subdivisions, in order to create congressional districts along racial lines and to assure the election of two black representatives. The three-judge District Court held that it lacked subject matter jurisdiction over the federal appellees. It also dismissed the complaint against the state appellees after concluding that, under United Jewish Organizations of Williamsburgh, Inc. v. Carey, 430 U.S. 144 (1977), the appellants had failed to state an equal protection claim because favoring minority voters was not discriminatory in the constitutional sense, and the plan did not lead to proportional underrepresentation of white voters statewide.

The Supreme Court reversed by a vote of 5-4, concluding that the appellants had stated a claim under the Equal Protection Clause. “[W]e conclude that a plaintiff challenging a reapportionment statute under the Equal Protection Clause may state a claim by alleging that the legislation, though race neutral on its face, rationally cannot be understood as anything other than an effort to separate voters into different districts on the basis of race, and that the separation lacks sufficient justification,” Justice Sandra Day O’Connor wrote on behalf of the majority.

In reaching its decision, the majority emphasized that racial gerrymandering claims must be examined against the backdrop of this country’s long history of racial discrimination in voting.“[I]t is unsettling how closely the North Carolina plan resembles the most egregious racial gerrymanders of the past,” Justice O’Connor noted. She added:

Classifications of citizens solely on the basis of race “are by their very nature odious to a free people whose institutions are founded upon the doctrine of equality.” Hirabayashi v. United States, 320 U.S. 81 (1943). They threaten to stigmatize individuals by reason of their membership in a racial group and to incite racial hostility.

The majority further concluded that classification of citizens by race “threatens special harms that are not present in vote-dilution cases.” It also agreed with the appellants that redistricting legislation that is so bizarre on its face that it is “unexplainable on grounds other than race,” requires the same close scrutiny that the Court gives other state laws that classify citizens by race.

Accordingly, the Court instructed that if the allegations of a racial gerrymander are not contradicted on remand, the District Court must determine whether the plan is narrowly tailored to further a compelling governmental interest.