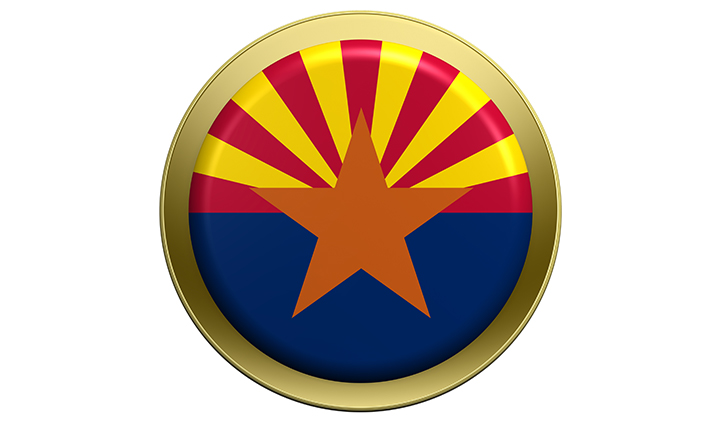 In Arizona State Legislature v Arizona Independent Redistricting Commission,576 U.S. ___ (2015), the U.S. Supreme Court held that establishing an independent redistricting commission for congressional districts via ballot initiative did not run afoul of the Elections Clause of the U.S. Constitution.

The Arizona Constitution (Art. IV, pt. 1, §1) authorizes voters adopt laws and constitutional amendments by ballot initiative. In 2000, Arizona voters adopted Proposition 106, an initiative seeking to eliminate partisan gerrymandering. Proposition 106 amended Arizona’s Constitution, removing redistricting authority from the Arizona Legislature and vesting it in an independent commission, the Arizona Independent Redistricting Commission (AIRC). After the 2010 census, as after the 2000 census, the AIRC adopted redistricting maps for congressional as well as state legislative districts.

The Arizona Legislature challenged the map the Commission adopted in 2012 for congressional districts, arguing that the AIRC and its map violated the Elections Clause of the U.S. Constitution. Set forth in Article 1, Section 4, it provides: “The Times, Places and Manner of holding Elections for Senators and Representatives shall be prescribed in each State by the Legislature thereof; but the Congress may at any time by Law make or alter such Regulations.” Because “Legislature” means the State’s representative assembly, the Arizona Legislature contended, the Clause precludes resort to an independent commission, created by initiative, to accomplish redistricting. A three-judge District Court held that the Arizona Legislature had standing to sue, but rejected its complaint on the merits.

The U.S. Supreme Court affirmed by a vote of 5-4, holding that the Elections Clause and2 U. S.C. §2a(c)permit Arizona’s use of a commission to adopt congressional districts.Justice Ruth Bader Ginsburg wrote on behalf of the majority.

“In sum, our precedent teaches that redistricting is a legislative function, to be performed in accordance with the State’s prescriptions for lawmaking, which may include the referendum and the Governor’s veto,” Justice Ginsburg wrote. “The exercise of the initiative, we acknowledge, was not at issue in our prior decisions. But as developed below, we see no constitutional barrier to a State’s empowerment of its people by embracing that form of lawmaking.”

With regard to the Elections Clause, the majority found that its history and purpose weigh heavily against precluding the people of Arizona from creating a commission operating independently of the state legislature to establish congressional districts. It further concluded that such preclusion would also conflict with the Constitution’s animating principle that the people themselves are the originating source of all the powers of government.“[I]t would be perverse to interpret the term ‘Legislature’ in the Elections Clause so as to exclude lawmaking by the people, particularly where such lawmaking is intended to check legislators’ ability to choose the district lines they run in, thereby advancing the prospect that Members of Congress will in fact be ‘chosen ... by the People of the several States,’” Justice Ginsburg wrote.

Chief Justice John Roberts authored a dissenting opinion, which was joined by Justices Antonin Scalia, Clarence Thomas, and Samuel Alito. The Chief Justice argued that the term “the Legislature” in the Elections Clause unambiguously refers to a representative body as “confirmed by other provisions of the Constitution that use the same term in the same way.” He added: “When seeking to discern the meaning of a word in the Constitution, there is no better dictionary than the rest of the Constitution itself.”