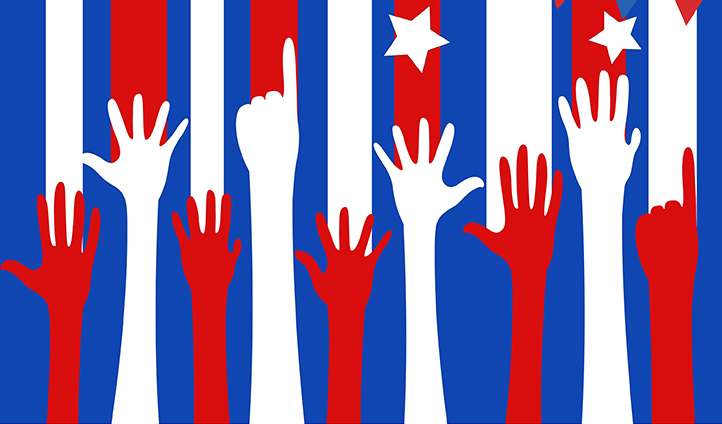 In Gaffney v Cummings, 412 U.S. 735 (1973), the U.S. Supreme Court held that exact equality between districts was not required for state redistricting as it is for Congressional districts. The Court further held that “political fairness” could justify deviations from exact population equality.

Connecticut’s legislative apportionment plan was deemed unconstitutional because partisan political structuring had resulted in excessive population deviations in the House districting. The plan had drawn roughly equal districts, but had also considered municipal lines as well as “political fairness.” This resulted in a total maximum deviation of 1.81 percent for Senate districts and 7.83 percent for assembly districts. The plan “also consciously and overtly adopted and followed a policy of ‘political fairness,’ which aimed at a rough scheme of proportional representation of the two major political parties.”

The district court held that “the deviationsfrom equality of populations of the Senate and House districts are not justified by any sufficient state interest and that the Plan denies equal protection of the law to voters in the districts of greater population. The court further concluded that “the policy of ‘partisan political structuring,’ cannot be approved as a legitimate reason for violating the requirement of numerical equality of population in districting.”

The Supreme Court reversed. “We think that appellees’ showing of numerical deviations from population equality among the Senate and House districts in this case failed to make out a prima facie violation of the Equal Protection Clause of the Fourteenth Amendment, whether those deviations are considered alone or in combination with the additional fact that another plan could be conceived with lower deviations among the State’s legislative districts,” Justice Byron White wrote.

In reaching its decision, the Court “concluded that there are fundamental differences between congressional districting under Art. I and the Wesberryline of cases on the one hand, and, on the other, state legislative reapportionmentsgoverned by the Fourteenth Amendment and Reynolds v. Simsand its progeny.” Noting that the “dichotomy between the two lines of cases has consistently been maintained,” the Court concluded that “the constitutionality of Virginia’s legislative redistricting plan was not to be judged by the more stringent standards thatKirkpatrickandWells made applicable to congressional reapportionment, but instead by the equal protection test enunciated inReynolds v. Sims.” That test requires that “districts in state reapportionments be “as nearly of equal population as is practicable… so long as the divergences from a strict population standard are based on legitimate considerations incident to the effectuation of a rational state policy, some deviations from the equal-population principle are constitutionally permissible with respect to the apportionment of seats in either or both of the two houses of a bicameral state legislature.”

The Court further held that a “political fairness principle” that achieves a rough approximation of the state-wide political strengths of the two major parties does not violate the Equal Protection Clause. “We are quite unconvinced that the reapportionment plan offered by the three-member Board violated the Fourteenth Amendment because it attempted to reflect the relative strength of the parties in locating and defining election districts,” the majority held. “It would be idle, we think, to contend that any political consideration taken into account in fashioning a reapportionment plan is sufficient to invalidate it.”

The Court further explained that “neither we nor the district courts have a constitutional warrant to invalidate a state plan, otherwise within tolerable population limits, because it undertakes, not to minimize or eliminate the political strength of any group or party, but to recognize it and, through districting, provide a rough sort of proportional representation in the legislative halls of the State.” However, “State legislative districts may be equal or substantially equal in population and still be vulnerable under the Fourteenth Amendment” because “a districting statute otherwise acceptable, may be invalid if it is ‘invidiously discriminatory,’” meaning that it was “employed to minimize or cancel out the voting strength of racial or political elements of the voting population.”