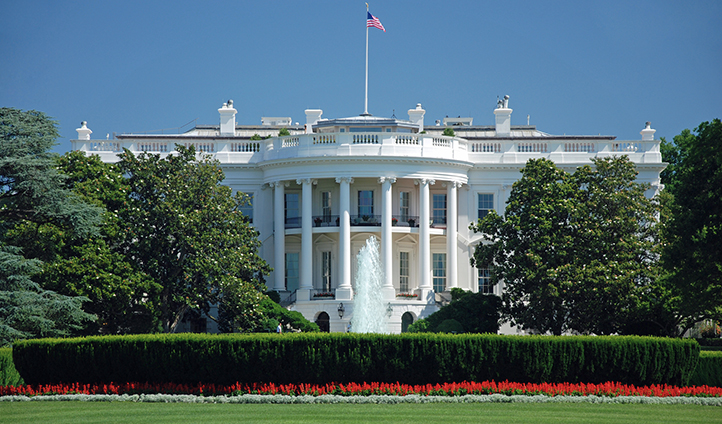 In Dames & Moore v Regan, 453 U.S. 654 (1981), the U.S. Supreme Court held that the President could nullify attachments and order the transfer of frozen Iranian assets pursuant to Section 1702(a)(1) of the International Emergency Economic Powers Act. While the statute did not provide express authority, the Court held that Congress had implicitly acquiesced to the President’s actions.

In response to the seizure of American personnel as hostages at the American Embassy in Tehran, Iran, President Carter, pursuant to the International Emergency Economic Powers Act (IEEPA), declared a national emergency on November 14, 1979, and seized all property of the Government of Iran that was subject to the jurisdiction of the United States.

On December 19, 1979, Dames & Moore filed suit in Federal District Court against the Government of Iran, the Atomic Energy Organization of Iran, and a number of Iranian banks, alleging that it was owed a certain amount of money for services performed under a contract with the Atomic Energy Organization. The District Court issued orders of attachment against the defendants’ property, and property of certain Iranian banks was then attached to secure any judgment that might be entered against them.

Subsequently, on January 19, 1981, Iran and the United States reached an agreement that freed the American hostages. Under this agreement, the United States was obligated to terminate all legal proceedings in U.S. courts involving claims of United States nationals against Iran, to nullify all attachments and judgments obtained therein, and to bring about the termination of such claims through binding arbitration in an Iran-United States Claims Tribunal.

On February 24, 1981, President Ronald Reagan issued an Executive Order which ratified President Carter’s Executive Orders and “suspended” all claims that may be presented to the Claims Tribunal, but which provided that the suspension of a claim terminates if the Claims Tribunal determines that it has no jurisdiction over the claim. Meanwhile, the District Court granted summary judgment for Dames & Moore and awarded it the amount claimed under the contract plus interest but stayed execution of the judgment pending appeal by the defendants, and ordered that all prejudgment attachments against the defendants be vacated and that further proceedings against the bank defendants be stayed.

Dames & Moore then filed an action in Federal District Court against the United States and the Secretary of the Treasury, seeking to prevent enforcement of the various Executive Orders and regulations implementing the agreement with Iran. It was alleged that the actions of the President and the Secretary of the Treasury were beyond their statutory and constitutional powers. The District Court dismissed the complaint.

By a vote of 8-1, the Supreme Court held that the President acted within his authority. Justice William H. Rehnquist wrote on behalf of the majority.

Because the President’s action in nullifying the attachments and ordering the transfer of the assets was taken pursuant to specific congressional authorization, it is “supported by the strongest of presumptions and the widest latitude of judicial interpretation, and the burden of persuasion would rest heavily upon any who might attack it.” Under the circumstances of this case, we cannot say that petitioner has sustained that heavy burden. A contrary ruling would mean that the Federal Government as a whole lacked the power exercised by the President, and that we are not prepared to say.

The Court went on to hold that although the IEEPA itself did not directly authorize the presidential suspension of legal claims, previous acts of Congress had “implicitly approved” of executive control of claim settlement.Justice Rehnquist wrote:

Although we have declined to conclude that the IEEPA or the Hostage Act directly authorizes the President’s suspension of claims for the reasons noted, we cannot ignore the general tenor of Congress’ legislation in this area in trying to determine whether the President is acting alone or at least with the acceptance of Congress. As we have noted, Congress cannot anticipate and legislate with regard to every possible action the President may find it necessary to take or every possible situation in which he might act. Such failure of Congress specifically to delegate authority does not, “especially . . . in the areas of foreign policy and national security,” imply “congressional disapproval” of action taken by the Executive. On the contrary, the enactment of legislation closely related to the question of the President’s authority in a particular case which evinces legislative intent to accord the President broad discretion may be considered to “invite” “measures on independent presidential responsibility.” At least this is so where there is no contrary indication of legislative intent and when, as here, there is a history of congressional acquiescence in conduct of the sort engaged in by the President.

Here, the Court emphasized that Congress has implicitly approved the practice of claim settlement by executive agreement, as well as the President’s power to enter into executive agreements without obtaining the advice and consent of the Senate.

Finally, the Court made it clear that its ruling on the executive power of the President was limited to the specific facts of the case. “We attempt to lay down no general ‘guidelines’ covering other situations not involved here and attempt to confine the opinion only to the very questions necessary to decision of the case.”