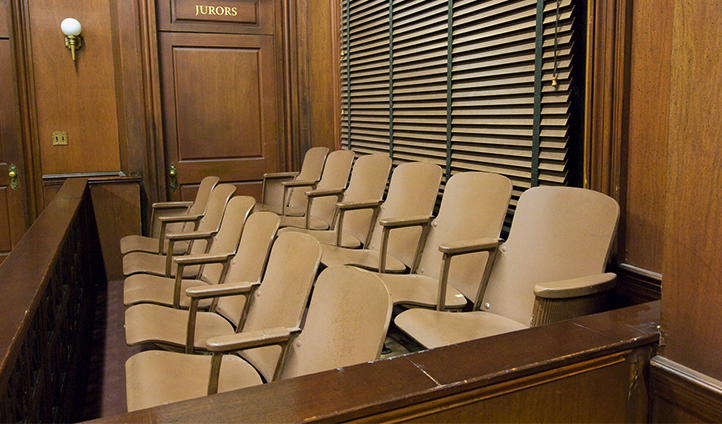 In Flowers v Mississippi, 588 U. S. ____ (2019), the U.S. Supreme Court held that the jury selection process in Curtis Flowers’ sixth murder trial violated the U.S. Constitution. By a vote of 7-2, the Court found that the trial court committed clear error in concluding that the state’s peremptory strike of a particular black prospective juror was not motivated in substantial part by discriminatory intent.

Petitioner Curtis Flowers has been tried six separate times for the murder of four employees of a Mississippi furniture store. Flowers is black; three of the four victims were white. At the first two trials, the State used its peremptory strikes on all of the qualified black prospective jurors. In each case, the jury convicted Flowers and sentenced him to death, but the convictions were later reversed by the Mississippi Supreme Court based on prosecutorial misconduct.

At the third trial, the State used all of its 15 peremptory strikes against black prospective jurors, and the jury convicted Flowers and sentenced him to death. The Mississippi Supreme Court reversed again, this time concluding that the State violated Batson v. Kentucky, 476 U.S. 79 (1976), in which the Supreme Court ruled that a State may not discriminate on the basis of race when exercising peremptory challenges against prospective jurors in a criminal trial. Under Batson, once a prima facie case of discrimination has been shown by a defendant, the State must provide race-neutral reasons for its peremptory strikes. The trial judge then must determine whether the prosecutor’s stated reasons were the actual reasons or instead were a pretext for discrimination.

By a vote of 7-2, the Supreme Court reversed the judgment of the Supreme Court of Mississippi. According to the Court, the trial court at Flowers’ sixth trial committed clear error in concluding that the State’s peremptory strike of black prospective juror Carolyn Wright was not motivated in substantial part by discriminatory intent.

In reaching its decision, the Court emphasized that it need not decide that any one of those four facts alone would require reversal. “All that we need to decide, and all that we do decide, is that all of the relevant facts and circumstances taken together establish that the trial court committed clear error in concluding that the State’s peremptory strike of black prospective juror Carolyn Wright was not ‘motivated in substantial part by discriminatory intent,’” Justice Kavanaugh wrote.