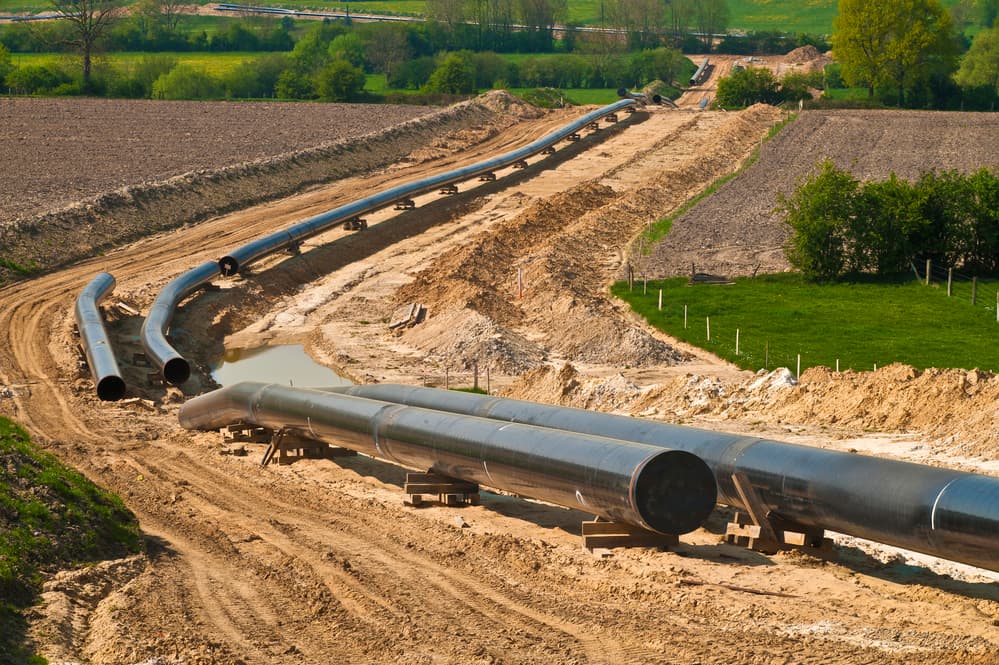 In PennEast Pipeline Co. v. New Jersey, 594 U. S. ____ (2021), a divided U.S. Supreme Court held that a certificate of public convenience and necessity issued by the Federal Energy Regulatory Commission (FERC) pursuant to Section 717f(h) of the Natural Gas Act authorizes a private company to condemn all necessary rights-of-way, whether owned by private parties or states.

Congress passed the Natural Gas Act in 1938 to regulate the transportation and sale of natural gas in interstate commerce. More specifically, 15 U.S.C. §717f(e) provides that to build an interstate pipeline, a natural gas company must obtain from the Federal Energy Regulatory Commission a certificate reflecting that such construction “is or will be required by the present or future public convenience and necessity.” As originally enacted, the NGA did not provide a mechanism for certificate holders to secure property rights necessary to build pipelines, often leaving certificate holders with only an illusory right to build. Congress remedied this defect in 1947 by amending the NGA to authorize certificate holders to exercise the federal eminent domain power, thereby ensuring that certificates of public convenience and necessity could be given effect.

FERC granted petitioner PennEast Pipeline Co. a certificate of public convenience and necessity authorizing construction of a 116-mile pipeline from Pennsylvania to New Jersey. Several parties, including respondent New Jersey, petitioned for review of FERC’s order in the D.C. Circuit. The D.C. Circuit has held those proceedings in abeyance pending resolution of this case. PennEast filed various complaints in Federal District Court in New Jersey seeking to exercise the federal eminent domain power under §717f(h) to obtain rights-of-way along the pipeline route approved by FERC. As relevant here, PennEast sought to condemn parcels of land in which either New Jersey or the New Jersey Conservation Foundation asserts a property interest. New Jersey moved to dismiss PennEast’s complaints on sovereign immunity grounds. The District Court denied the motion, and it granted PennEast’s requests for a condemnation order and preliminary injunctive relief. The Third Circuit vacated the District Court’s order insofar as it awarded PennEast relief with respect to New Jersey’s property interests. The Third Circuit concluded that because §717f(h) did not clearly delegate to certificate holders the Federal Government’s ability to sue nonconsenting States, PennEast was not authorized to condemn New Jersey’s property.

The Supreme Court reversed by a vote of 5-4. According to the majority, Section 717f(h) authorizes FERC certificate holders to condemn all necessary rights-of-way, whether owned by private parties or States.

In his opinion, Chief Justice John Roberts noted that the Federal Government has exercised its eminent domain authority since the founding, first using it to build turnpikes and bridges and now pipelines, telecommunications infrastructure, and electric transmission facilities. He also emphasized that the Court has upheld these exercises of the federal eminent domain power—whether by the Government or a private corporation, whether through the upfront taking of property or a condemnation action, and whether against private property or state-owned land.

The Court went on to hold that Section 717f(h) delegation to certificate holders the power to condemn any necessary rights-of-way, including land in which a State holds an interest, is consistent with the Nation’s history and the Court’s precedents. In so ruling, the majority rejected the state of New Jersey’s argument that the 11th Amendment prohibited PennEast from condemning land either owned by the state or held in conservation easements.

“Although nonconsenting States are generally immune from suit, they surrendered their immunity from the exercise of the federal eminent domain power when they ratified the Constitution,” Chief Justice Roberts wrote. “That power carries with it the ability to condemn property in court. Because the Natural Gas Act delegates the federal eminent domain power to private parties, those parties can initiate condemnation proceedings, including against state-owned property.”