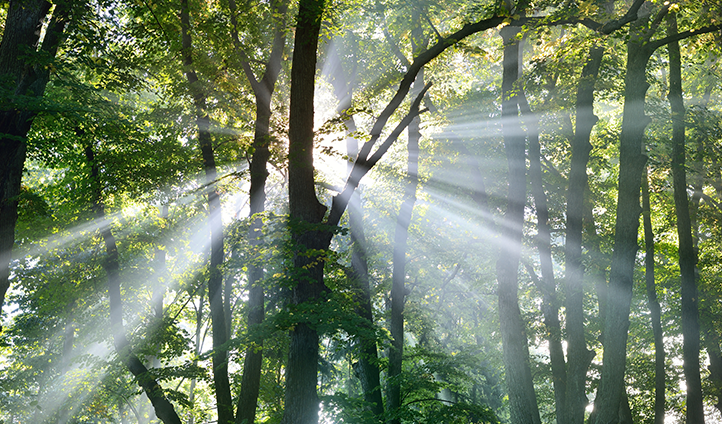 In Herrera v Wyoming, 587 U.S. ____ (2019), the U.S. Supreme Court held that Wyoming’s statehood did not abrogate the Crow Tribe’s 1868 federal treaty right to hunt on the “unoccupied lands of the United States.” The five-member majority further concluded that the lands of the Bighorn National Forest did not become categorically “occupied” when the forest was created.

An 1868 treaty between the United States and the Crow Tribe promised that in exchange for most of the Tribe’s territory in modern-day Montana and Wyoming, its members would “have the right to hunt on the unoccupied lands of the United States so long as game may be found thereon . . . and peace subsists . . . on the borders of the hunting districts.” In 2014, Wyoming charged petitioner Clayvin Herrera with off-season hunting in Bighorn National Forest and being an accessory to the same.

The state trial court rejected Herrera’s argument that he had a protected right to hunt in the forest pursuant to the 1868 Treaty, and a jury convicted him. On appeal, the state appellate court relied on the reasoning of the Tenth Circuit’s decision in Crow Tribe of Indians v. Repsis, 73 F. 3d 982 (1995)— which in turn relied upon this Court’s decision in Ward v. Race Horse, 163 U.S. 504 (1896)—and held that the treaty right expired upon Wyoming’s statehood. The court rejected Herrera’s argument that the Supreme Court’s subsequent decision in Minnesota v. Mille Lacs Band of Chippewa Indians, 526 U.S. 172 (1999), repudiated Race Horse and therefore undercut the logic of Repsis.

In any event, the court concluded that Herrera was precluded from arguing that the treaty right survived Wyoming’s statehood because the Crow Tribe had litigated Repsis on behalf of itself and its members. According to the court, even if the 1868 Treaty right survived Wyoming’s statehood, it did not permit Herrera to hunt in Bighorn National Forest because the treaty right applies only on unoccupied lands and the national forest became categorically occupied when it was created.

By a vote of 5-4, the Court held that the Crow Tribe’s hunting rights under the 1868 Treaty did not expire upon Wyoming’s statehood. Justice Neil Gorsuch sided with the Court’s liberal justices to form the majority.

“The Wyoming Statehood Act did not abrogate the Crow Tribe’s hunting right nor did the 1868 Treaty expire of its own accord at that time. The treaty itself defines the circumstances in which the right will expire. Statehood is not one of them,” Justice Sonia Sotomayor wrote for the court.

With regard to the state’s reliance on Ward v. Race Horse, the majority concluded that it is no longer good law “to the extent it held that treaty rights can be impliedly extinguished at statehood.” Rather, Mille Lacs established that the crucial inquiry for treaty termination analysis is whether Congress has “clearly express[ed]” an intent to abrogate an Indian treaty right or whether a termination point identified in the treaty itself has been satisfied.

Applying Mille Lacs, the majority found that Wyoming’s admission into the Union did not abrogate the Crow Tribe’s off-reservation treaty hunting right. In support, the justices noted that there is no evidence in the treaty itself that Congress intended the hunting right to expire at statehood, or that the Crow Tribe would have understood it to do so. It further found that the historical record did not support such a reading of the treaty.

The majority also rejected the State’s argument that statehood, as a practical matter, rendered all the lands in the State occupied. “Even assuming that Wyoming presents an accurate historical picture, the State’s mode of analysis is severely flawed. By using statehood as a proxy for occupation, Wyoming subverts this Court’s clear instruction that treaty-protected rights ‘are not impliedly terminated upon statehood,’” Justice Sotomayor wrote.

The majority went onto holdthat while the Bighorn National Forest isn’t categorically “occupied,” that doesn’t mean that all areas within the forest are unoccupied.As Justice Sotomayor noted, the State could still argue that the place where Herrera hunted “was used in such a way that it was ‘occupied’ within the meaning of the 1868 Treaty.” The Court remanded the case for the lower court to address these outstanding issues.

Justice Samuel A. Alito Jr. authored a dissent, which was joined by Chief Justice John G. Roberts Jr. and Justices Clarence Thomas and Brett M. Kavanaugh. The dissenters argued that the majority erred by failing to first determine the members of the Crow Tribe are bound under the doctrine of issue preclusion by the judgment in Crow Tribe of Indians v. Repsis.

“If it is still binding—and I think it is—then no member of the Tribe will be able to assert the hunting right that the Court addresses,” Justice Alito wrote. “Thus, the Court’s decision to plow ahead on the treaty- interpretation issue is hard to understand, and its discourse on that issue is likely, in the end, to be so much wasted ink.”