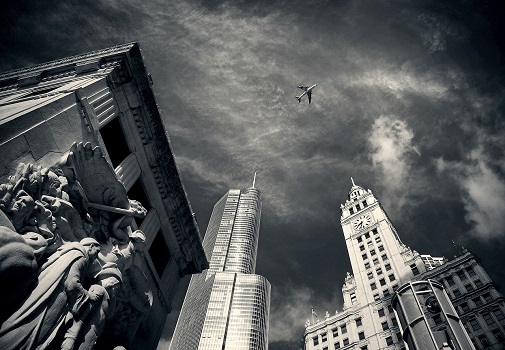 A Chicago policeman, Richard Nuccio, was convicted of murder for killing Ronald Nelson. Nelson’s family retained Elmer Gertz, a reputable attorney, to represent them in civil litigation against Nuccio. An article appearing in American Opinion, a publication of the John Birch Society, alleged that Nuccio’s murder trial was part of a Communist conspiracy to discredit the local police, and it falsely stated that Gertz had arranged Nuccio’s “frameup,” implied that petitioner had a criminal record, and labeled him a “Communist-fronter.”

Gertz brought a libel action against Robert Welch, Inc. (the legal name of the John Birch Society). After the jury returned a verdict for petitioner, the District Court decided that the standard enunciated inNew York Times Co. v. Sullivan, 376 U.S. 254 (1964), which bars media liability for defamation of a public official absent proof that the defamatory statements were published with knowledge of their falsity or in reckless disregard of the truth, should apply to the suit. The court further found that Gertz had failed to prove knowledge of falsity or reckless disregard for the truth, and therefore entered judgmentfor the magazine. The Seventh Circuit Court of Appeals affirmed.

By a vote of 5-4, the Supreme Court reversed. Justice Lewis F. Powell wrote on behalf of the majority.

The Court first held that the standard set forth in Sullivan did not apply because Gertz was not a public figure. “He plainly did not thrust himself into the vortex of this public issue, nor did he engage the public’s attention in an attempt to influence its outcome,” Justice Powell wrote.

In declining to extend Sullivan to private individuals, the Court emphasized that because private individuals characteristically have less effective opportunities for rebuttal than do public officials and public figures, they are more vulnerable to injury from defamation. Justice Powell explained:

The first remedy of any victim of defamation is self-help — using available opportunities to contradict the lie or correct the error, and thereby to minimize its adverse impact on reputation. Public officials and public figures usually enjoy significantly greater access to the channels of effective communication, and hence have a more realistic opportunity to counteract false statements than private individuals normally enjoy. Private individuals are therefore more vulnerable to injury, and the state interest in protecting them is correspondingly greater.

Based on the above reasoning, the Court went on to conclude that the “States should retain substantial latitude in their efforts to enforce a legal remedy for defamatory falsehood injurious to the reputation of a private individual.” Under the standard set forth by the Court, so long as States do not impose liability without fault, they may define for themselves the appropriate standard of liability for a publisher or broadcaster of defamatory falsehood injurious to a private individual.

“This approach provides a more equitableboundary between the competing concerns involved here,” Justice Powell wrote. “It recognizes the strength of the legitimate state interest in compensating private individuals for wrongful injury to reputation, yet shields the press and broadcast media from the rigors of strict liability for defamation.”

Four justices dissented. Justice William J. Brennan Jr. authored a dissent, which was joined by Justice William O. Douglas. They argued that the standard set forth in Sullivan should be applied to private individuals.

Justice Byron White, who was joined by Chief Justice Warren E. Burger, argued that the majority had overreached in refashioning state libel laws. “The Court, in a few printed pages, has federalized major aspects of libel law by declaring unconstitutional in important respects the prevailing defamation law in all or most of the 50 States,” White wrote. “There are wholly insufficient grounds for scuttling the libel laws of the States in such wholesale fashion, to say nothing of deprecating the reputation interest of ordinary citizens and rendering them powerless to protect themselves… It is an ill-considered exercise of the power entrusted to this Court.”