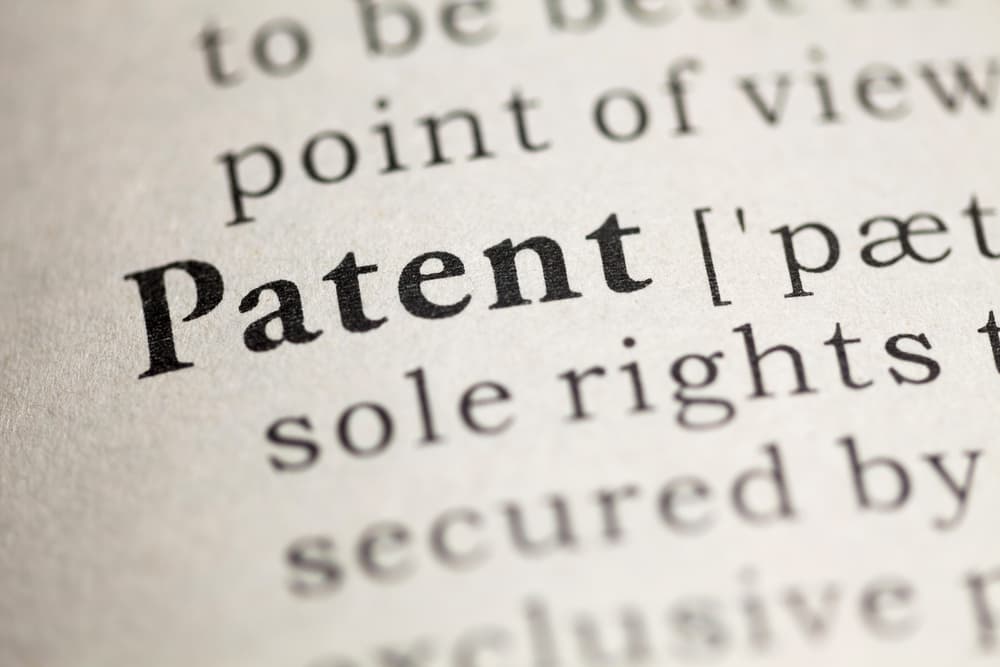 In United States v. Arthrex, Inc., 594 U.S. ____ (2021), the U.S. Supreme Court held that the administrative patent judges who make up the Patent Trial and Appeal Board (PTAB) were not constitutionally appointed under the Appointments Clause of the U.S. Constitution. To address the constitutional violation, the Court concluded that the Director of the Patent Office may review final PTAB decisions and, upon review, may issue decisions himself on behalf of the Board.

The question before the Supreme Court was whether the authority of Administrative Patent Judges (APJs) to issue decisions on behalf of the Executive Branch is consistent with the Appointments Clause of the Constitution. APJs conduct adversarial proceedings for challenging the validity of an existing patent before the Patent Trial and Appeal Board (PTAB). During such proceedings, the PTAB sits in panels of at least three of its members, who are predominantly APJs. The Secretary of Commerce appoints all members of the PTAB— including 200-plus APJs—except for the Director, who is nominated by the President and confirmed by the Senate.

After Smith & Nephew, Inc., and ArthroCare Corp. (collectively, Smith & Nephew) petitioned for inter partes review of a patent secured by Arthrex, Inc., three APJs concluded that the patent was invalid. On appeal to the Federal Circuit, Arthrex claimed that the structure of the PTAB violated the Appointments Clause, arguing that the APJs were principal officers who must be appointed by the President with the advice and consent of the Senate, and that their appointment by the Secretary of Commerce was therefore unconstitutional.

As noted by the Supreme Court, “[t]his satisfied no one.” The Government, Smith & Nephew, and Arthrex each requested rehearing en banc, which the Court of Appeals denied. The parties then requested review of different aspects of the panel’s decision in three petitions for certiorari. The Supreme Court granted those petitions to consider whether the PTAB’s structure is consistent with the Appointments Clause, and the appropriate remedy if it is not.

The U.S. Supreme Court vacated the Federal Circuit’s decision. The majority first held that the unreviewable authority wielded by APJs during inter partes review is incompatible with their appointment by the Secretary of Commerce to an inferior office. Chief Justice

Roberts wrote on behalf of the majority, which included joined by Justices Alito, Kavanaugh, Barrett, Breyer, Sotomayor, and Kagan. He wrote:

Today, we reaffirm and apply the rule from Edmond that the exercise of executive power by inferior officers must at some level be subject to the direction and supervision of an officer nominated by the President and confirmed by the Senate. The Constitution therefore forbids the enforcement of statutory restrictions on the Director that insulate the decisions of APJs from his direction and supervision. To be clear, the Director need not review every decision of the PTAB. What matters is that the Director have the discretion to review decisions rendered by APJs. In this way, the President remains responsible for the exercise of executive power—and through him, the exercise of executive power remains accountable to the people. In reaching its decision, the Court relied on Edmond v. United States, 520 U.S. 651 (1997), in which it previously held that an inferior officer must be “directed and supervised at some level by others who were appointed by Presidential nomination with the advice and consent of the Senate.” With regard to the APJs, the Court found that review by a superior executive officer was absent here. In support, the Chief Justice noted that while the Director has tools of administrative oversight, neither he nor any other superior executive officer can directly review decisions by APJs. Only the PTAB itself “may grant rehearings,” which relieves the Director of responsibility for the final decisions rendered by APJs under his charge.

The Court next considered the most appropriate way to resolve the dispute given the violation of the Appointments Clause. With regard to this part, Chief Justice Roberts’s opinion was joined by Justices Alito, Kavanaugh, Barrett, Breyer, Sotomayor, and Kagan.

According to the majority, “the structure of the PTO and the governing constitutional principles chart a clear course: Decisions by APJs must be subject to review by the Director. Congress vested the Director with the ‘powers and duties’ of the PTO.” The Court further explained its approach as follows:

We conclude that a tailored approach is the appropriate one: Section 6(c) cannot constitutionally be enforced to the extent that its requirements prevent the Director from re- viewing final decisions rendered by APJs. Because Congress has vested the Director with the “power and duties” of the PTO, §3(a)(1), the Director has the authority to pro- vide for a means of reviewing PTAB decisions. See also §§3(a)(2)(A), 316(a)(4). The Director accordingly may re- view final PTAB decisions and, upon review, may issue decisions himself on behalf of the Board. Section 6(c) other- wise remains operative as to the other members of the PTAB.

In this case, the Supreme Court determined that the appropriate remedy was a remand to the Acting Director to decide whether to rehear the petition filed by Smith & Nephew. According to the Court, a limited remand provides an adequate opportunity for review by a principal officer. Because the source of the constitutional violation is the restraint on the review authority of the Director, rather than the appointment of APJs by the Secretary, Arthrex is not entitled to a hearing before a new panel of APJs.